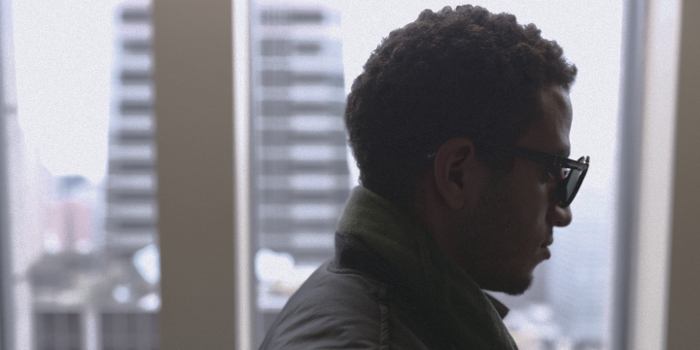 According to the enthusiasm you showed related to the release of his Undressed video, I’m sure you won’t be against getting to know Kim Cesarion a little better… Great timing then, as the singer laid himself bare for me. How lucky am I? Well, not litterally but you know what I mean. Priviledged all the way, I’ve been honored to be his very first time. As a very first interview, of course! So let me share with you what we discussed a bit more than a month ago during our Skype

Could you tell us a bit about your background?
I’ve been doing music for a long time. I enrolled into Lilla Akademin (the highest acclaimed music school in Sweden) here I started at 4 years old. I studied violin, piano, upright bass and viola. I really started singing – doing that as my primary instrument – in high school where I also played the drums. That’s also kind of when I knew exactly what path I wanted to take in music. Then my father obviously had been in music for a long time as well as other members of my family so, in a way, it kinda came naturally.

Your family being so musical, could you imagine involving them in the making of your album or on stage?
I mean.. on stage, no. I don’t know what will happen in the future but for now, on this album, they are not involved in anything. But my sister is a singer and a great songwriter so I would love to see her doing more of that and maybe write songs together for other artists. My father is a producer and my uncle too so they’re not really ‘stage people’ in that way anymore since they left their years as active dancers (laughs).

But your sister Shana is doing a different genre from what you’re doing…
Yeah she sings zouk and she’s been working with Kaysha and the whole Sushiraw team. So it’s kinda different from what I’m doing.

So what would be the music genre you’re aiming to do?
I always have a hard time answering this question, when people ask me what kind of genre I’m doing or how my music sounds like. I come from so many different genres, I listen to so many different kinds of music, and I try to put all of that into what I’m doing. Yes, it’s popular music (pop), but you can still hear some influences from rock, soul, blues and a tiny bit of funk in it, mostly in my voice I would say. I don’t wanna lable my music under any specific genre ‘cause I wanna be able to do whatever I want and change… evolve through time. 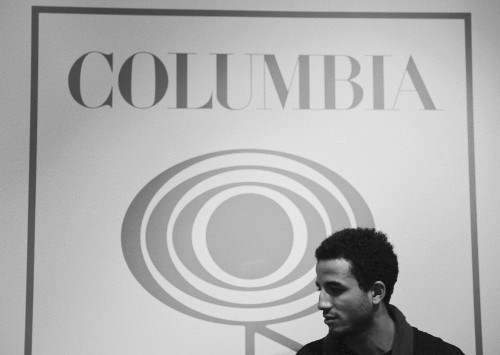 Who are your role models and idols then?
I’ve been listening to D’Angelo since I was 7 years old and that’s definitely someone who inspires me musically. Prince too and then we have a lot of reggae artists and all of that. We could get into a whole bunch of names but I would say D’Angelo, Prince, Lenny Kravitz… ‘Cause I love the performance, I love to watch a SHOW, you know. To see their musical genius… wow! It’s amazing. So these kind of live artists – like James Brown – that’s where I get my inspiration from, these are the people I look up to.
I gotta big up Usher too! He’s also been an inspirational live performer to watch as a kid.

You experienced your first showcase a few months ago…
Yeah, in October.

How did it go?
It went well! It felt pretty good to be back on stage again, ‘cause we’ve been in the studio working on this project for so long. So, like I said, it felt really good and it went alright. Obviously, it’ll just get better with every show since it’s been two years off stage but I was happy about how it turned out and the response was really positive. The small venue was PACKED. I think around 200 people showed up, becuse when I ‘announced’ that very same day that it would be open for anybody to come, it created a little buzz I guess.

Weren’t you nervous?
You always get a little bit nervous but I think that’s good and it goes away after the second song.

Where are you at in terms of the album recording?
We have a lot of songs but we don’t want to close the door until we really HAVE to. But we feel pretty confident in the songs we have now. All of the tracks feel good and feel like they could make a really good album and I’m happy with it but, you know, you always wanna keep making more and more and more and more… and more (laughs).

How long have you been working on it so far?
We made Undressed in 2011, so it’s been almost a year and a half…

Have you changed anything?
Actually, not. We just updated some stuff a bit.

Not only you come from different music backgrounds but you also come from different cultural backgrounds as you’re Swedish, Greek and Guadeloupian. Does it have any influence on your music?
Well… not the Greek side but my Caribbean side has inspired me because it made me listen to another kind of music, both French and English Caribbean. But I wouldn’t say you could hear it a lot in my music.
Sweden is a really creative place and great for making music. We have a lot of talented people here, lots of great songwriters, producers and artists. 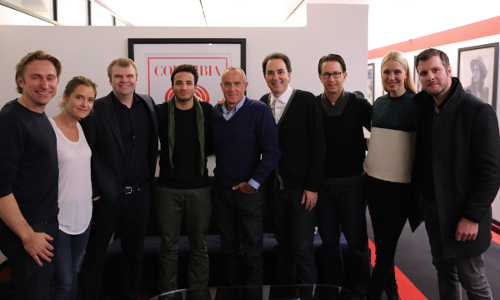 How did you meet Arnthor Birgisson by the way (ed.: songwriter and producer behind the Aristotracks label)?
I was introduced to him by a friend of my mother. I think we had spoken to each other recently or she had spoken to my mom and she knew I was trying to do my music thing, also ‘cause I had a situation with people I was working with but it didn’t really work out. So I think she showed him an old clip from school where I was performing. He liked what he saw so we set up a meeting… and now we’re here!

Let’s get back to music now: who would be your dream collaboration? I guess you’re gonna answer D’Angelo again?
Mmm… That would… I mean, D’Angelo would… Yeah (laughs)! You see, those kind of questions are hard for me ‘cause there are SO many people I’d love to work with, you know what I’m saying? There are just too many to name one. But OK, dream collabo, there are many. But for a dream jam session or just creative session, I’d say Prince and D’Angelo, definitely. It would be interesting to see what would come out of that.

There’s already a big artist who’s been introduced to your music recently: Ne-Yo. What did he think of it and what did you guys tell each other?
Arnthor, Lukipop and Gary Clark are in LA right now, in the studio with Ne-Yo and I didn’t know! They kinda kept it a secret from me that they were working together. So, you know, there’s a 9 hour time difference between LA and Sweden and I had a show the next day. Then Linus, my business manager, texted me saying ‘Can you Skype?’. I was like ‘Yeah, yeah, just let me know when’. So he was gonna let me know in a minute. So I waited. But it was getting late, time was ticking, I was really tired and I had to get up early ‘cause like i said, I had that show the next day at the Stockholm Fashion Week! So after a while, I was like ‘Hey, what’s up? Are we gonna do this or not? What’s the meeting about, is it something important? If not, could we just do it another day?’. He said ‘No! Just hold on, hold on…’. They tricked me! They told me some random dude was in the studio and that there was a really strange vibe and Arnthor was kind of pissed off. So I put on Skype and he went ‘There’s someone here who wanna say what’s up’. He turned the computer and Ne-Yo came out of nowhere: ‘Hey, how you’re doing? I just wanna say I love your music, it sounds really good. Just keep on doing what you’re doing and I look forward hearing all the new stuff’. I didn’t really realize what was happening because I was half asleep (laughs). I think I was like ‘Oh shit! Oh hi, thank you Sir, that’s really cool’. It was rad, he really liked the songs and I think he heard all of them and watched the live video of Undressed.

What’s the best advice you received so far for your career?
I was actually thinking about it a couple of days ago. I don’t know, it’s probably gonna sound really cliché but ‘Just be yourself’. ‘Stay true to yourself’. If you’re not happy with what you’re doing and present it to people while it make you feel like someone you’re not, you will eventually feel rotten inside… It doesn’t matter what you do, that goes for any creative career. If you stay true to yourself and succeed, nothing can stop you from a long lasting career and just staying… well, successful (laughs).

You were just mentioning the Stockholm Fashion Week before… How does it feel to sing surrounded by models?
(Laughs) It was fun. There were a lot of people, obviously, and I performed at the Hunkydory show. It got a great buzz in the Swedish media. It was the first time I ever did a show like that and people seem to really like it.

Finally, how do you see yourself in 10 years?
Very successful!