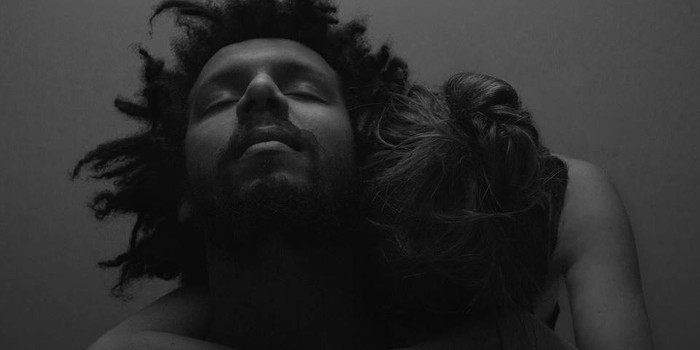 It’s been a while since I played the detective to recount you the beginnings of some rising stars… But it’s also been while since I’ve been blinded by someone’s talent. And then Lyves happened. She arrived with a dazzling and delicate EP (and you might have heard one of the tracks if you’re following my Weekly Vibes playlist).

Lyves is Francesca Bergami’s alter ego. Born from an Australian mother and an Italian father, the British songstress grew up surrounded by languages (her many moves allowed her to become fluent in Portuguese and Italian) and music, rocked by Dire Straits, Michael Jackson and Aretha Franklin, as well as Seal and Tupac. Writing her own lyrics since 10 years old, she fell in love with some electronic influences during her teenage years, listening to Moby, Air, Boards of Canada and Enya. “Hip-hop, soul and ambient electronic music. That’s always been the thread for me, she remembered. My mother used to play Enya and I always thought it was corny as a teenager but somehow it captured my attention and I think that really influenced the way I produce music.”

Despite her obvious aptitudes, Francesca chose to take a different and surprising route and went on to study Psychology, which led her to work with children in care and in psychiatric hospitals. But the call of music was stronger and she eventually decided to teach herself how to play the keyboard, to later on create her own band and go back on stage. In 2012, she unveiled a first (? my stalking skills are not on point for once) track entitled The Other Side.

Two years later, she reappeared under the Lyves alias with Visions. Shared on Soundcloud, the track showcased a sensual and soft voice reminiscent of the divine Jessie Ware.

Following personal turmoil, the artist left London to spend five months in Ostra, a little Italian village where her father and grandmother live. Using her keyboard, computer and a set of speakers, she drew on her pain to write songs that spoke from the heart, revealing her vulnerable side which ultimately made her stronger. “That’s my aim, to be as honest and real as possible, then hopefully people will feel something from it, she insisted. When I worked in mental health I had a lot of people really open up to me, really let it all out – there’s something really beautiful and courageous about that. I really hope to offer something to people who might be going through a difficult time. I don’t want it to be about me. I want the music to speak for itself and possibly give something. That’s what fuels my passion.”

The first page of her book was No Love, produced by Atu (member of Sonder whose EP is a must too!) and released in November 2016.

Lyves kicked 2017 off with the Like Water EP and the new single Darkest Hour, a symbol of determination and resistance. “The concept was created alongside my longtime collaborator, Nathanael Williams, who also directed the video. We hoped to create a video that captured women’s raw essence—their inner world and strength—through honest, [non-stylized] portraits. We asked women around London if they would like to take part in a music video that celebrates the vulnerability we all share, and ultimately our strength and unity. It was beautiful to see women of all ages and backgrounds wanting to take part for this reason. It was a moving experience to film and hear various women’s stories of what strength means to them personally”, she told Pigeons & Planes.

Currently thinking about her next live performances, Lyves has already started working on her second EP in which she hopes to keep on “experimenting and dig even deeper”. If we’re lucky, we might even hear a debut album by the end of the year and trust me: I’m more than ready for it!