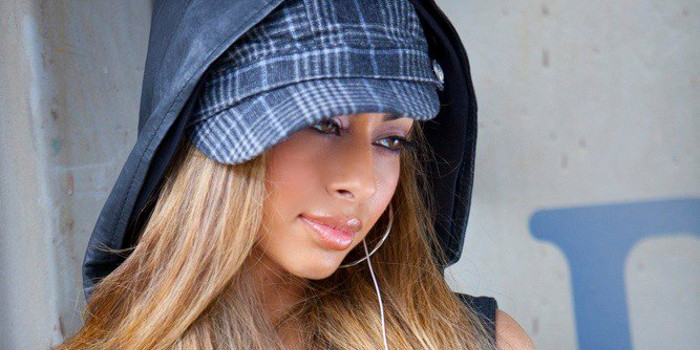 I found out about Sonna Rele two weeks ago, thanks to the extremely generous Ne-Yo who shared her  Drake‘s cover on his Facebook page. I had heard a thousand versions of Hold On, We’re Going Home but this one definitely showed an undeniable vocal control and some great guitar skills. This made me curious enough to get lost on her various social networks and as soon as I saw her harmony Instavids, I knew I would spend my entire afternoon listening to her and reading about her background. To give you an idea, I’ve pretty much had the same reaction than Phill Wade (if he looks familiar, it’s because he’s Trey Songz best impersonator EVER) when I discovered her short rendition of the legendary Autumn Leaves.

“So who’s that music goddess?”, you will ask. And I’ll tell you that Sonna Rele is a 26-year-old Londoner with Indian roots who grew up amongst many talents and instruments. Her grandmother Pratibha and her parents Salesh and Uma are indeed successful musicians in their native country and it’s just because she wants to mimic her brother that Sonna starts playing the piano around 4. By the age of 15, she is already recording demos and background vocals and following her encounter with the producer Livingstone Brown, she quickly ends up being signed with Universal Records. For the next two years, that deal allows her to work with big names of the industry such as  Nelly, John Mayer or Dwele but mainly to record an album with Dallas Austin and Wyclef Jean. But as the results don’t match with her personality as an artist, both Sonna and the major decide to go separate ways. She then keeps on perfecting her craft on the road, supporting artists like  Joss Stone and Raghav.

If you feel like wandering on YouTube, you’ll probably manage to find some Sonna Rele’s originals and collaborations from the past few years. My favorite is a Police cover of Every Little Thing She Does Is Magic, that I found on her old Soundcloud account.

In 2012, Sonna launches on Facebook her Music Monday series. The concept is simply to ask her fans to send her their special requests and she plays one of these songs on the guitar every Monday. And it’s thanks to one of these videos that she catches Ne-Yo’s eye. The singer hurries to contact her manager so that she can come perform one of her compositions for his Mastercard Priceless Gig in London, in March 2013. But by the end of her performance, she gets proposed by the host of the evening… Previously, Ne-Yo missed on signing Justin Bieber and Conor Maynard so he was keen to not let such a gem going away this time, and offered her a contract with Universal Motown (he’s the vice-president of the record label), and to play a set at his next show at the O2 Arena. “I fell in love with her the first time I saw one of her ‘Music Monday’ video. This is my first international signing and I am so hyped that it is Sonna. I know she’s going to be big.  Her sound and style is so beautiful and unique”, he mused in the London Evening Standard.

Sonna Rele immediately leaves for Los Angeles to get started on her first album with Ne-Yo, obviously, but also  Brian West, a producer well known for his work with Nelly Furtado (he’s behing I’m Like A Bird). “For my friends, music lovers and people that are following my journey, I want to be able to put together a really inspirational, positive album, put some really good thoughts out there and just inspire people”, she revealed on Urban Asian TV.

To be honest, I put my entire trust in Sonna Rele. I can only appreciate her freshness and authenticity, her amazing voice which reminds me of Alicia Keys and that homemade feeling that I often link with Tori Kelly. But first and foremost, I just enjoy each of her performances that sound just like a smile. And here’s two songs to win you over for good: I Wish, which convinced Ne-Yo to sign her, and Matter of Time.