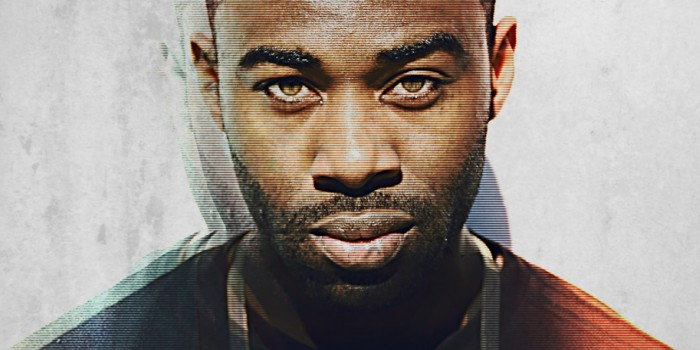 If you read my interview with Aaron Camper about a week ago, I think there’s pretty much nothing left to say regarding our meeting just ’cause you already know everything, from my hate towards Belgian public transports to the amazing show he provided along with Justin Timberlake.

The last card up my sleeve is the little quiz I use to wrap up all my interview, questioning the artists about their current music taste but also these songs that made their childhood and the other ones now making their day. And I must admit that for once, I was really speechless as I didn’t know half of the tracks he mentioned. But that’s also the beauty of my Musical life of… column: it kind of makes you travelling in different genres and eras of music and discovering new gems (like Francis and the Lights for instance)!

The last concert you attended?
I’m not attending concerts that much ‘cause I’m doing concerts every day… New Edition. I was at New Edition’s concert about two years ago. Just to see Bobby Brown. I loved them when I was younger and I got to see them in Atlantic City. That was the last concert I went to.

Three songs in your current playlist?
Shoot Em Up Movies by The Deele. Mmh… I listen to a lot of stuff every day… Fight Night by Migos… and… Evelyn Champagne King, I’m In Love.

The best song to seduce?
Any songs of Francis and the Lights. Play that and it’s a wrap: panties is off, butt naked is going on. So if you don’t know them, check them out!

The best song to dance?
Migos!

The best song to wake up to?
René & Angela, I Love You More.

The song that lifts your mood up?
Brother’s Gonna Work It Out by Willie Hutch.

The song that reminds you of your childhood?
This is fun! Mmh… Anything from the ‘90s. I was listening to Ol’ Dirty Bastard the other day, Shimmy Shimmy Ya! And that takes me somewhere! Or any Bad Boy record, anything from Bad Boy.

The song that made you feel like singing in the first place?
I Am Here by Commissioned – an incredible gospel group in the ‘80s and the ‘90s – as well as The Winans: any of those songs played a big part in me wanting to sing. And Boyz II Men!

The song you wish you had written yourself?
All the songs I just named (he laughs)! All of them, really, like I wish I had written My Heart Will Go On by Céline Dion but I didn’t and I wanna write one of those too! You wanna write all the great songs and that’s one of them. That song is incredible!

The song that represents you the most (your state of mind, your way of being…)?
It varies from day to day. It depends on my mood. Today, it’s probably Stayin’ Alive by Bee Gees. It depends, really… I’d go take a shower, get out and I would listen to C.R.E.A.M by Wu-Tang Clan. I got a lot of different moods in a day so… I might have a shuffle on me (he laughs)!