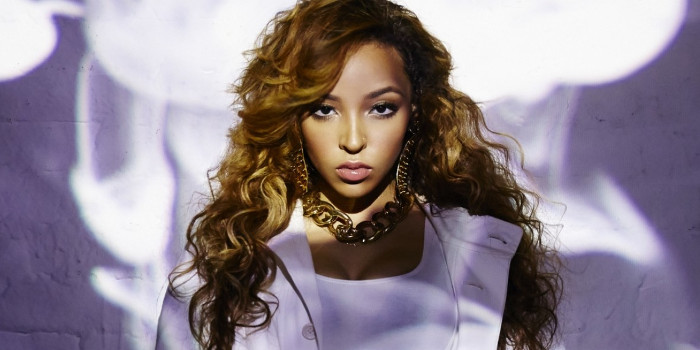 On February 7, I wasn’t at Forest National but at the Trix, in Antwerp. God knows how bad I’ve been wishing to be blessed with the gift of being in two places at once, for one night only. Cause, for a long time, my heart had been torn between D’Angelo’s artistry and Tinashe’s freshness. The 22-year-old lady had quite convinced me while performing on Jimmy Kimmel Live back in October. But then D’Angelo had to choose the same date for his own concert. Was I willing to risk never seeing the nu soul king on a stage ever again (he took 14 years before releasing a new album so…)? Could he entertain me the way Tinashe would ? I’m not gonna lie : I did really give Black Messiah more than a spin compared to Aquarius but I’m not a devoted fan either. Yeah, sorry to break it to you but I wasn’t a precocious child listening to Brown Sugar at 6 years – I found out about the legendary Michael Eugene Archer way later in life. So I made my choice. And then I saw D’Angelo performin on Saturday Night Live. And the dilemma was back. I was actually still doubting when I entered the Trix that night…

I was doubting, and surprised, as I realised that she was set to sing in the Club room (I certainly wouldn’t have been that surprised if I had read my ticket) which can hold 430 people. The stage itself seemed so small to me that I wondered if her dancers would be on duty, especially has a drumkit was already dominating the center of the podium. But Tinashe did come accompanied, after a solo entrance hidden behind a sparkly mask with cat ears à la Margiela. Supported by four dancers and a DJ, the American songstress showed off her vocal skills, helped with a little reverb and some backing tracks with prerecorded chorus allowing her to put on a show without being out of breath whenever she would come back behind her mic.

Despite being 5 feet 8 which usually gives me a way better view than most of the other girls in the crowd, I have to admit that I unfortunately haven’t been able to fully enjoy her choreographies, stuck between tons of bean sticks and smartphones always up in the air. But I’ve seen enough to state loud and clear that Tinashe managed to deploy a great deal of energy and to rule the stage, AND all of this while caring about her audience, exchanging looks full of tenderness and gratitude (how cute, I know).

During her smooth show, she revisited some tunes out of her two first mixtapes, such as Boss (In Case We Die – 2011) and Ecstasy (Reverie – 2012), but also Vulnerable (the opening song), Stunt and Midnight Sun out of the excellent Black Water (2013). Paradoxically, this is where I got frustrated: when you have three mixtapes and one album in your discography, why would you settle for a one-hour gig, going as far as shortening some songs to cut an entire verse?

But that would be the one and only flaw I could point out after this performance that she ended reminding everyone how she started her solo career in her little home studio. And this totally deserves to be highlighted, especially as she can also produce, write and even dares to take charge when the label isn’t cooperative (she self-produced her latest music video Bated Breath). As it turns out, she’s doing way better than some more popular and well off acts: Tinashe put on a show with a lot of love and passion, and without any tricks. And she didn’t need to come with smoke and mirrors with special effects and visuals to seduce the friend who was with me: the guy only knew two songs (and this includes Body Language!) and he literally spent the entire show shazaming the hell out of the setlist. Cause it’s easy to preach to the choir mais the real challenge is to find new disciples… and Tinashe comfortably rose to it.