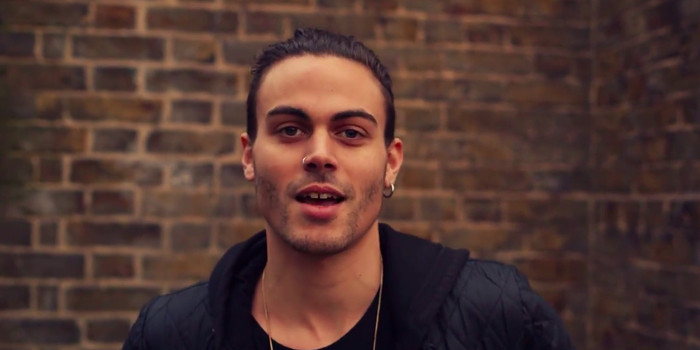 You know there’s no Urban Soul interview without my traditional quiz! Like I previously did with Aaron Camper, James Arthur or Kim Cesarion (so many men on this website… but there are a few amazing ladies coming up as well!), I asked Alex Vargas about his current music tastes but also these songs that made his childhood and the other ones now making his day. And we gushed A LOT about D’Angelo but also the amazing Seinabo Sey.

If you wanna know more about Alex’ creative process, ongoing projects and entourage, don’t forget to check out the first part of our interview!

The last concert you attended?
I think it was Above & Beyond in LA a couple of weeks ago! I think it’s the last one I attended but it doesn’t really count cause I’m involved in it. On the top of my head, the last one I actually went to, I think it was John Joseph Brill. It was in the UK and he’s a fantastic singer-songwriter. We’re very closed friends and like me, he’s been through a lot of different formats. He’s really coming to his own with his new songs. It’s beautiful! (Are you bumped about D’Angelo? You missed it last night!) I thought he was playing here tonight! (No it’s on March 7.) I almost hate him… (So you’re jealous…) I’m not… Jealousy is an ugly thing. I’m more envious – I feel like being envious of someone is a more positive thing. I’m not jealous of him: I absolutely love him. What he does is so incredibly inspiring and I don’t know where the fuck he was for 14 years… (But it was worth the wait!) Oh, you’re kidding me?! Oh, that album! (What’s your favourite song?) I think the opening song. I don’t know, I haven’t got a favourite song yet, I haven’t listened to it enough. (I like Really Love!) Yeah, it’s amazing but… (Everytime I listen to it I have a new favourite though.) I think it might be one of those albums where you go through phases of having a favourite song, that’s how I feel about Jeff Buckley’s Grace – I actually haven’t listened to that album in a fucking long time but I used to listen to it a lot – and I had phases of having a new favourite song but that’s a testament of a good album.

The last album you purchased?
Black Messiah by D’Angelo & The Vanguard.

Three songs in your current playlist?
Good question… I’m gonna check on Spotify! I do buy the albums as well! Let’s see… Oh, you know what? This song: Seinabo Sey’s Pistols At Dawn! (I LOVE IT!) It’s fucking amazing! The production on that tune… (It sounds like a James Bond theme, right?) I know! That’s another singer I would love to work with. Her verse is so low! So that’s one. I haven’t actually saved that many things on here… I think I’ll go with the first track on Black Messiah: Ain’t That Easy. That’s gotta be it! And… I’m gonna say John Joseph Brill’s Muscle & Bone. It’s the first song he put out.

The best song to dance?
Platoon by Jungle.

The best song to wake up to?
My alarm clock… Otherwise I don’t wake up (laughs). Music doesn’t wake me up!

The best song to lift your mood up?
Anything by Sam Cooke.

The song that reminds you of your childhood?
This might sound weird but… Come As You Are by Nirvana.

The song that made you feel like singing in the first place?
My Dad is a singer. Well, he was… He’s not dead, I just don’t think he sings that much anymore. But when I was a kid, I used to be very close with my Dad and… I was seeing him perform, I was going to his shows… But yeah, it was seeing him that kind of attracted me to do that.

The song you wish you had written yourself?
Ah, so many… I don’t even know where to start with that. I mean, it’s gotta be a Beatles’ tune… Yeah, it’s gotta be Eleanor Rigby.

The song that represents you the most (your state of mind, your way of being or your sound…)?
I don’t think anyone has heard them yet. There will be a few. Yes, it’s a tough one, I don’t know if I can answer that. (So it would be one of your songs…) I mean, yeah, I guess it would have to be if it kinda represents me as an artist. I’m not being self-indulgent or anything but…

In case you didn’t know, Alex Vargas did some freaking brilliant covers of Usher, Beyoncé and Florence Welch and while discussing his various influences, he explained how a good song can always ‘break the barrier of genres’: ‘Actually, recently, there was a girl called Meg… Meg something, and she covered a Bill Withers’ song, Grandma’s Hands, who I used to cover when I was playing in pubs a long time ago. It’s one of my favourite songs. And she’s turning it into something completely different – it’s still very soulful but it’s got these electronic elements in this choir arrangement, that’s just… fucking amazing! And the original is still fantastic! I think production is kind of what calls in a genre but the song itself, when it’s a good song, you can just sit down and sing it!’, he told me. That ‘girl called Meg’ whom he’s talking about is actually Meg Mac and I checked her cover as soon as I got home on that day. It is quite genius indeed so I wanted to share it with you!