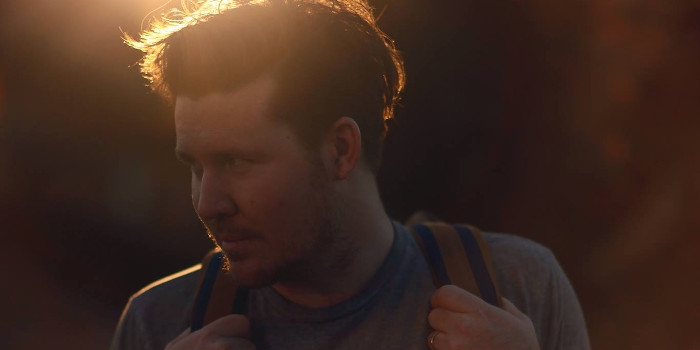 Last week, my heart pounded wildly. Very wildly. And this is all music’s Cupid’s fault as he decided to aim his arrow at me, once again, and that’s how I fell madly in love with Jarryd James, my friends. I’ve never been the patient type so I didn’t waste my time and introduced him to my parents this weekend and they seem very pleased with my choice. I guess you’re all ears and wanna learn more about him, digging into his past to make sure there’s no skeleton in his closet? Alright then: let me tell you everything in detail.

Jarryd is an Australian who’s very fond of music and started with the trumpet before learning how to play other instruments throughout the years. And he’s got the voice of an angel. Fragile, timid, melancholic. For a long time, he would only explore it in his bedroom, listening to Bob Dylan and Stevie Wonder, too scared to sing in front of anyone until he was about 19. But once he did, he went hard at it and joined the band Fatis Valour, which later became Holland (his mom’s maiden name). They released the No Control EP in 2011 but their album never hit the shelves because of a management problem. “I felt so depressed that I gave up on music”, he tells on the French website Les Inrocks.

Some people had heard about him on MySpace where he had posted a few solo tracks, or on stage as a musician, as part of the Australian singer Matt Corby‘s band.

Actually, it’s thanks to one of Matt’s songs that he met his now loyal collaborator: last year, Jarryd Klapper (surprise : yep, that’s his real name!) performs at the APRA Awards covering Matt Corby’s Resolution. By his side, you could find the producer Pip Norman aka Countbounce, with whom he had previously recorded Sell It To Me, 5THS‘ debut single, (5THS being Pip’s collaborative project).

That night, Jarryd made a decisive encounter, running into Joel Little, a songwriter and producer famous for working with Lorde and Broods. “I sang at the APRA awards last year and he was there and we had a chat afterwards and both thought it would be cool to try make some music together”, he recalled for Yen Mag. And together, they have created Jarryd James’ first single: Do You Remember. A track with a lot of fineness, nostalgia and sensitivity. “It’s about thinking back over some events from when you were a bit younger and realising they’ve become a bit golden in your memory. It’s a kind of romantic, nostalgic song, about things in your life that you can’t get back, and a lot of people know that feeling”, he explained to Stuff. The beauty of this song also resides in the minimalism of the instrumental:  co-written and produced by Joel in two days in an AirBnB rent by the producer who was scouting out where to live next, the tune mainly consists of various samples made with unusual items. The “guitar” line? Jarryd played it on Joel’s daughter’s ukulele. “I definitely didn’t want a ukulele sound on the track, so I played it in a way that disguised the fact it was a ukulele. People often think its strings or a guitar actually…”, he admits to Sniffers. The “ti-ti-ti-ti” in the pre-chorus (as he describes it himself)? This is just a nutcracker found in the kitchen. “Joel also had Broods’ artwork insert on his table, and we decided to mic it up, he continues. I thought it would be funny to punch Caleb’s face and record that, and it actually made it onto the track. The beat is made up of hitting the couch, table, the wall, and the snare sound is me punching Caleb’s face.” That’s all it took to create a captivating hit, which made its way in Shazam‘s top 3 in Australia. As far as I’m concerned, blinded by love, I even purchased the song on iTunes when I had already received it via email… But what can I say? When it comes to love, you don’t count the cost.

A few days ago, Jarryd James dropped his new single Give Me Something and the music video has already been shot somewhere in the desert. Just like Slow – which he exclusively performed in an acoustic version for Le Point, the song will be featured on his debut album, which will be an imprint of Capitol (Universal) and should follow a neo soul vibe while still reflecting his various influences (you’ve probably noticed that he went for a totally different musical direction after his Holland experience). Earlier this month, he was busy finishing up the ten tracks in Los Angeles, among which we might find a song written with Julia Stone (from Angus & Julia Stone, whom he previously joined on tour as a support act), but also some gems produced by Malay (Frank Ocean, Alicia Keys, John Legend). That beautiful baby should come into the world in August!

P.S. : If you paid close attention to the illustration of this blogpost, you might have noticed that somebody has already put a ring on Jarryd James and this is not me. But still, I’ll swear loyalty to his heavenly music that will hopefully live happily ever after.