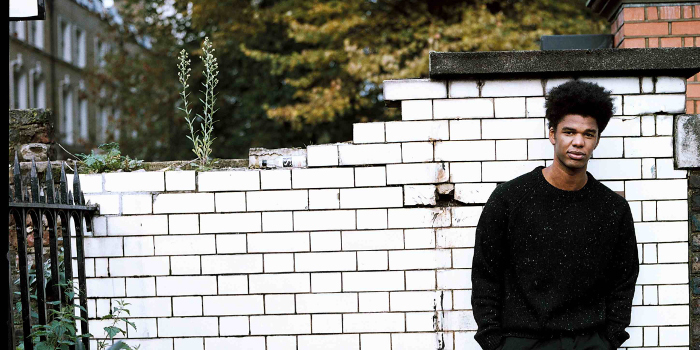 The first time I’ve heard Kyan was in August, with his music video for Sometimes. I thought it was a very bold choice to choose such a stripped-down song as a lead single but, to be honest, I was kind of skeptical. They say ‘less is more’ and that’s indeed what touched me about this song but would it be enough for an entire project?

A quick search allowed me to learn that, although I wasn’t familiar with his name, Kyan was far from being a beginner in the industry. Back in 2010, he took part in the British talent competition Must Be the Music, judged by Jamie Cullum, Sharleen Spiteri and Dizzee Rascal. Since then, he collaborated with Duke Dumont, Madeon, Bondax and Benga, released an album called Confessions independently before getting signed to Virgin/EMI and coming up with two EPs last year, Days In A Triangle and The Purple Experiment, that I saved on Spotify… And then life happened and I forgot about it. But only until Remote View, his upcoming EP, made its way to my mailbox.

To be released later this week on October 9, this gem is the result of the 26-year-old’s singing/songwriting/producing skills combined with a little help from Knox Brown. After listening to the five tracks (which serve as a prelude to his debut album scheduled for 2016), I was sold and very excited to get familiar with Kyan’s artistry and musical background through his previous work… and the Urban Soul quiz!

As a little bonus along this interview, I’ll leave you with three of my favourite songs while two tracks out of the Remove View EP are waiting for you a bit further…

PRÉ-COMMANDEZ L’EP REMOVE VIEW EP
______
The last concert you attended?
D’Angelo, one of the most amazing performances I’ve been lucky enough to witness!
The last album you purchased?
Sound & Color by Alabama Shakes, my favourite album of the year.
Three songs in your current playlist?
Retrograde by James Blake, Over My Head by Alabama Shakes and Una Mattina by Ludovico Einaudi.
The best song to seduce?
Untitled by D’Angelo — I give the best/worst lap dance!
The best song to dance?
Don’t Stop ‘Til You Get Enough by Michael Jackson. I can’t hear that song without getting up and going a bit crazy!
The best song to wake up to?
You and I by Stevie Wonder, although I’d probably have to stay in bed with it on repeat.
The best song to lift your mood up?
I’m a Man by Spencer Davis Group.
The song that reminds you of your childhood?
Mr. Wendal by Arrested Development. This was my favourite song when I was a kid, takes me right back!
The song that made you feel like singing in the first place?
Killing Me Softly by Roberta Flack, one of the most beautiful songs I’ve ever heard.
The song you wish you had written yourself?
Pretty much anything by Burt Bacharach: his songs, arrangements and chord structures have always blown my mind.
The song that represents you the most (your state of mind, your way of being or your sound)?
Sometimes, my most recent single. A lot of big changes have happened in my life recently, this song hits the nail on the head for a lot of it… So it feels quite poignant.
The most difficult song to write/create on your Remote View EP?
Probably Grammar. When I wrote it I hated it, I thought it was too weird and I didn’t really get where it had come from… After playing to a few people who absolutely loved it and taking a few weeks away, I came back and realised it was one of my favourites!
The most precious song on your Remote View EP?
Sometimes, definitely, for the reasons already mentioned, but also because it’s one of the earliest songs I wrote and started off this whole journey.