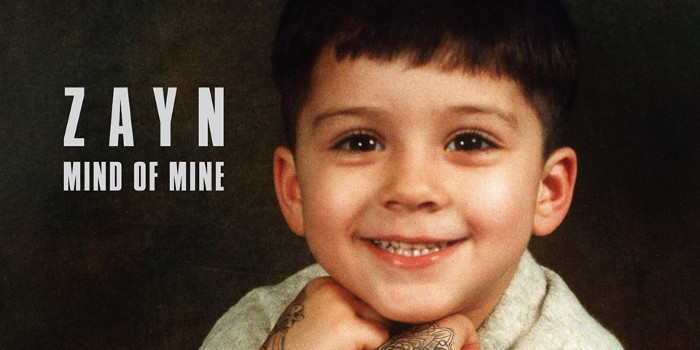 Exactly one year ago,  Zayn Malik officially announced that he would be leaving One Direction, after five years of intensive touring and promoting. A few months later, at the dawn of his solo career, he explained that it was like “standing in front of a canvas for about five years” without being allowed to paint on it. “I’ve got the paint, I’ve got the fucking brushes, and I can’t get it on there. Now someone removed the plastic and was like, ‘Alright, you can now paint'”, he told The Fader. So this is what Zayn did: he sketched everything he had in mind and more with an R&B palette, drawing away from 1D’s pop. It could have been a rough draft but that would be without taking into account the intervention of a great team of producers to help him color and picture his first piece of art.

Marketed as the dark handsome one of the British band, the 23-year-old man reinforces my opinion that mysterious boys are always more interesting. But to better establish himself individually and get rid of his previous image, it is only natural that he made the decision to go against his past contract by bleaching (and then shaving) his hair, which seems to be a common ritual for any ex-members of a boyband who change their hairstyle like women do at the end of a love story. And rather than the emotion, Zayn chose to play the sex card for his first single PILLOWTALK, a recurrent theme throughout this entire debut album Mind of Mine. But we’ll come back to it later. Because the singer can also open his heart and he proves it with a beautiful fragility with the gorgeous ballad iT’s YoU whose organ chords in the beginning led me to text my sister saying “I still have no idea where is Frank Ocean but Zayn is here to take the throne”. The similarities can certainly be attributed to Malay‘s participation, Grammy-winner producer in 2013 for his work on channel ORANGE.

While most of the songs talk about love, BeFoUr and its bizarre spelling (btw: I won’t judge the stylistic choices of the tracklist as I used to write my posts alternating caps and lower cases on my very first blog — and I actually just remembered that a friend used to be brave enough to text the same way) point to a potential reference to his four old mates. Apparently bloggers’ favorites, the following pieces sHe and dRuNk didn’t impress me much, with the exception of the smooth transition which almost make them look like a diptych.

Although brief, the real surprise comes with the  fLoWer interlude, in which Zayn unexpectedly pays homage to his roots with a ghazal in Urdu. It appears his accent leaves something to be desired but, again, I won’t judge: I can still hear my Pakistani friends laughing at me when they tried to teach me their language. However, I’m stunned by this musical intermission whose carnatic singing puts on weight on Zayn’s barely recognizable voice. A second listen to the LP actually makes you more aware of this Asian touch which is also present on other tracks such as the last “I don’t know why” in the bridge of iT’s YoU or the sHe outro that reminds me of Jay Sean‘s mixed sound.

On a different note, rEaR vIeW got me within the first ten seconds, in spite of a production way less experimental than the rest of the project, the other black sheep being fOoL fOr YoU which I think would have worked better as a closing song, after a tune like BLUE, and I actually wonder why the latter isn’t part of the standard edition. Indeed, the last tracks of this version are lacking taste. While it will probably end up as a single, the wRoNg duet with Kehlani doesn’t do justice to both talents (but salute for featuring an act unknown from the mainstream instead of taking the easy road and going for rappers for more street cred). BoRdErSz and lUcOzAdE don’t succeed in maintaining my attention, and the same goes for tRuTh even though its dissonance was somehow reminiscent of nostalgia, ULTRA. As for TiO, it”explores” once again the wonderful topic of sex but Zayn is quick to exhaust the subject, whereas The Weeknd shows a lot more inventiveness in his suggestive lyrics. If it were up to me, I would have gladly swap these last four songs for the bonus tracks among which you can find an interesting interpolation of Bach‘s Prelude on BLUE.

I won’t proclaim Mind of Mine is a masterpiece cause I regret to admit that, more than the substance, it’s the form that made my heart melt, thanks to modern and creative vocal and musical arrangements. Nevertheless, as the beauty of art is to leave it open to interpretation, I can’t wait to see Zayn’s beautiful canvas breathing on stage with a full band.