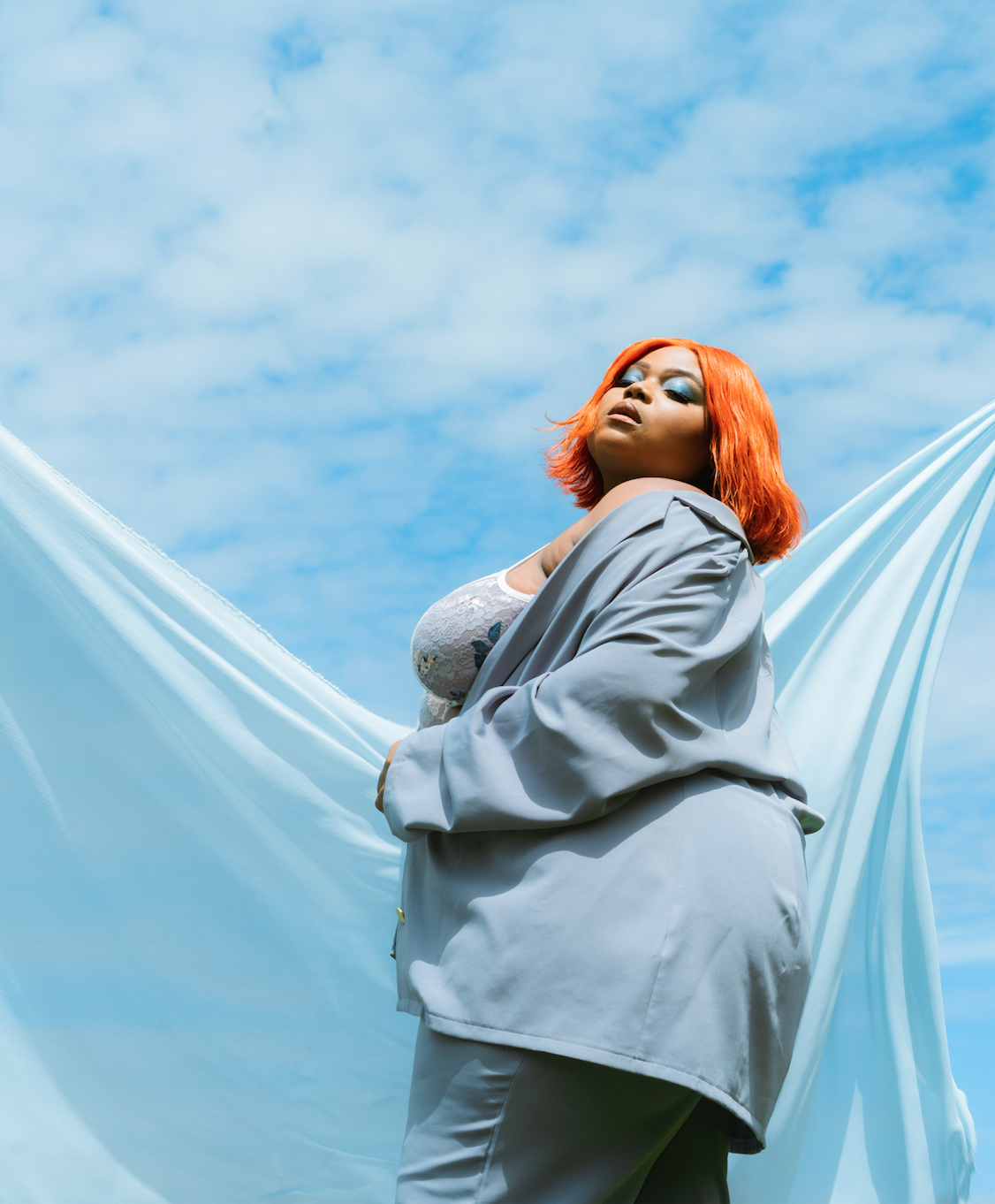 I have to admit something: my The Voice fever is long gone. But back to when I was still obsessed, I loved catching up with the replay by listening to the performances with another tab open, rather than watching them, just to pretend to be one of the coaches. And if LU KALA had auditioned, I would have hit that buzzer within the first few seconds! To be honest, it’s a game I play with all the music submissions, hoping to be hooked on a distinctive, unusual tone.

Before being a voice, LU KALA was a gifted pen. Born in Congo but now living in Canada, the Toronto-based independent songstress has written alongside dvsn for Jennifer Hudson in the past, as well as for local artists. Since 2018, she’s been carving her own path as the main act, challenging all preconceived ideas associated to her body shape and ethnicity. “With me being both black and plus size, I think people expect a very specific voice and style. And while I love those songs, I express myself differently”, she explains.

LU KALA isn’t soul, pop or rock: she’s all the colors in one, a bright rainbow in command of her destination. Co-written and produced by Terrence Lam (Drake/Rihanna, Alessia Cara, Meghan Trainor), her new single Want You is actually her own sun after the storm, resulting of an enlightened moment after coming out of a dark relationship. “I wrote Want You once I was ready to face myself when it came to self-sabotage, she reveals. I allowed a man into my life who wouldn’t commit to me but I still wanted to lay there with him, hoping that maybe one day he’d want me. It was hard to see myself like that, I’ve just never been wanted by the ones I wanted. After that experience, I decided that my desire for him would never overpower my self respect again.”

Charmed from the very first note, it’s the catchy chorus of Want You that just confirmed it all for me. “You ain’t giving me sh*t to hold on to”, sings LU KALA with a sweet insolence reminiscent to me of the deliciously rebellious Bibi Bourelly. And this places the track right up there, alongside these girl anthems I love to call on to when my heart is having a rainy day (and I’m willing to bet I’m going to hear it in an upcoming episode of a series like The Bold Type!).