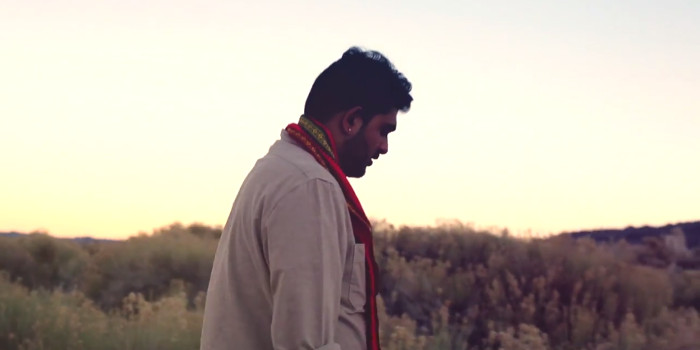 I’m pretty sure everybody already knows I have a solid crush on Kim Cesarion, Snoh Aalegra and Sid Sriram, who are probably the only artists from whom I always promote each of their projects. And today, I just couldn’t help but share with you Sid’s last music video that I love to bits. For tons of reasons.

First of all, because, as I previously mentioned in one of my French posts, my roadtrip playlist in United States this summer mainly consisted of some Sid Sriram. There’s nothing you can do about it: his music transcends me every single time and I’ve got to tell you that the songs out of his West Coast Night Fall Part I: Before Dusk EP turned my Yosemite National Park and Mono Lake contemplation into a whole new experience. The crazy thing is: that’s where he chose to film the visual for his new jewel, SAGETRON, an expression which means “contemplative, insomniac robot” according one of his past tweets. “We really wanted to give that setting its shine and portray me as seemingly inconsequential in its grandeur”, he told The Stashed.

And God knows how grand is the beauty of this video. Again, I feel like the time stops, goosebumps run through my skin, my heartbeat weirdly slows down while I’m overwhelmed with this impression that I’m so small in front of the immensity of his music. This new piece of work by Matthew Moore McMahon increases your senses and perfectly compliments Sid Sriram’s poetry, who wrote and produced SAGETRON, with some additional help from Andrew Sarlo. This track is to be perceived as an introduction to his very first album West Coast Night Fall Part II: Insomniac Season, scheduled for a fall release. “Everything from the song to the visual were put together so deliberately and it’s really going to show you guys what’s to come”, the 23-year-old singer promised on his Facebook page.

Sid Sriram also revealed on his social networks that he was working on a “very special” version of Wake Up, but also that his new project will be “a bunch of questions, realizations, apologies, celebrations all scattered across the canvas of 12-14 songs”. And I honestly can’t wait to discover this new piece of art.

Now I invite you to take a deep breath, exhale and to just let Sid take your breath away. Soak it all in.