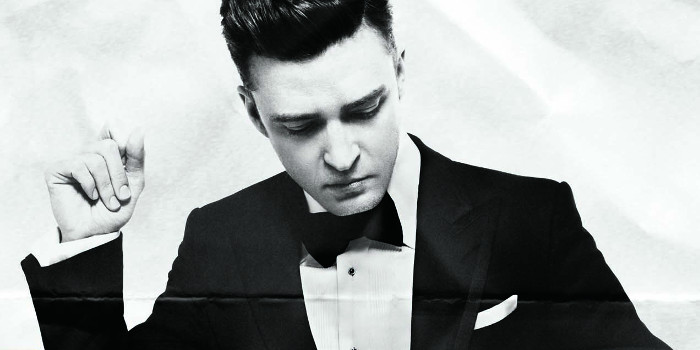 In 2007, I ditched Justin Timberlake to attend my prom, thinking I’ll probably get another opportunity to see him live in like, two years and because, come on, it was my PROM. Maybe I would have got him to perform for all the senior students after his show if I had this wonderful idea to make an original YouTube video like Kelsey invited him to the Marine Corps Ball a few years later. But I didn’t do anything like that. Instead I waited and prayed, and waited and even started to think I wouldn’t see him anywhere else than on the big/TV screen. Seven years later, JT finally brought his Suit & Tie and the SexyBack and it was worth the wait, worth every cent, worth my bad and unlucky start of the day.

When the singer announced a concert on the 1st of May at the Sportpaleis back in October, I made sure to book two of the most expensive tickets I could put my hands on, without even knowing who would be willing to come along (and spend so much money on a gig). I ended up convincing quite easily one of my oldest and bestest friends and I realize now it only made sense to go with her ’cause she’s the one who lent me Justin’s first solo album Justified in 2002. My appreciation for his music has only grown ever since, with FutureSex/LoveSounds still being one of my favorite records of all time ’til this day. And while I didn’t fully fall in love with his 20/20 Experience, I knew I HAD to witness this live to enjoy it for what it was really worth.

Now guys, let me tell you: Justin Timberlake is not fooling around, neither is Freestyle Steve, the official DJ opening for this tour. That man put the roof on fire and properly warmed up the crowd for the most wanted person of the night. The former *NSYNC member got the party started ON TIME (!) with the sexy but elegant Pusher Love Girl, perfectly setting the tone for the rest of the evening. With high class and professionalism, Justin effortlessly performed his biggest hits for 2 hours and a half (!!) while never running out of breath and proving he still got the moves and can do more pirouettes than I’ve ever managed to do during my many years of jazz dance lessons. I also gotta take my hat off to his amazing dancers whom energetically rock their body dressed in a suit. That’s what we call skills, my friends.

As Justin Timberlake clearly was the master of rhythm, he took the liberty of wisely changing the pace throughout the evening, sitting behind his piano for the slow-jam Until The End of Time, grabbing his guitar to cover Elvis Presley‘s Heartbreak Hotel, sing his last hit Not a Bad Thing or to pay a tribute to the late King of Pop Michael Jackson with the powerful Human Nature. But the highlight of the show was – hands down – the incredibly catchy Let the Groove Get In which marked the most mind-blowing event of the show: *spoiler alert* the moving stage. As if the set wasn’t already impressive enough, the stage designers thought it would be awesome to add an extension that raises and sweeps the entire floor in order to join another small stage on the other side of the venue. And this is simply pure and generous genius ’cause it gives everyone a chance to see that pretty bird up close.

Another reason why I was looking forward to this specific song is because, when I first listened to it, I immediately felt the live potential of it and how much fun a band could have to play it. Which brings me to the Tennessee Kids. Earlier in the day, I had the privilege to interview Aaron Camper, one of JT’s background singers (stay tuned for that!). I told him about my fascination for his ‘kind’, struggling a bit to find the right words to explain my weird infatuation. But I found them while looking at him, his colleagues and all the musicians: they’re harmonizing. The songs, but also the entire atmosphere, almost making me regret not having pursued this music dream I was nurturing as a teenager.

But let’s go back to Justin Timberlake, shall we? Let’s go back to Justin and how his concert made me change my mind in a million ways. How I couldn’t picture Mirrors as the final encore and yet it turned out to be one of the magical moments of the show, so calming but overwhelming at the same time. How I hate when the artists are barely speaking to the audience and yet Justin, who’s obviously not a fan of the small talk, managed to interact with his fans in a way I had never experienced before. And I guess that’s what happens when you do everything in your power to guarantee a perfect vision.

When I met Aaron, he said he was tired and I silently thought ‘How could you be so tired when you just had a day off yesterday?’. But after experiencing the 20/20 Tour, I know why. Just like I realized once more that, like Justin Timberlake sings it, What Goes Around… Comes Around. Karma does exist. My late bus which ruined my morning schedule has been compensated by a nice interview with Aaron Camper. All the ass shaking with the background singers and the unexpected possibility to attend the end of the show almost front row made up for me and my friend being pushed during the whole show by people who wanted to reach the bar while we were doing our best to not cross the line reserved for the technical elements involved with the moving stage. And this absolutely amazing concert counterbalanced the 99,5€ I spent on my ticket. Which is pretty much the biggest amount of money I’ve ever spent on a gig. In the aftermath, this was certainly not a bad thing. So, Justin… could we please Take Back The Night?