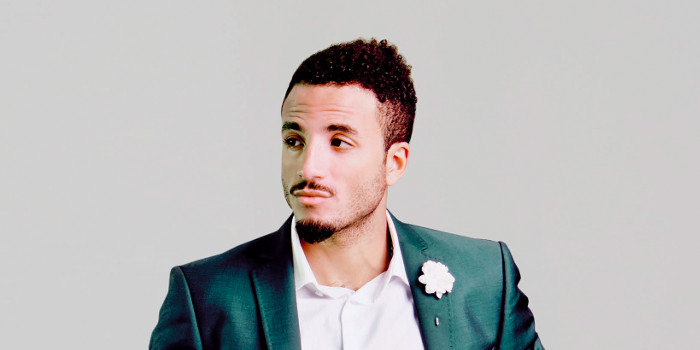 When I was 16, I decided on a winter day to sign up for MySpace where I spent tons of my afternoons and weekends afterwards, browsing thousand profiles while hoping to find some great unknown to little known artists. Later on, I did the same with YouTube, where I saw, throughout the years some impressive evolutions on the independent side (such as Jeremy Passion) or with a major (Justin Bieber is obviously on top of the list but I’m also thinking about the Pentatonix, now signed to Sony Music !).

It’s also on the latter that I got a huge crush on Kim Cesarion, three years ago. Back then, the talented Swedish only had two videos uploaded on his channel: a Nikka Costa‘s cover and another one from Kevin Michael, whom I always thought I was the only one worshiping. He won me over with his voice and his great taste and I therefore started to follow him. On Twitter but also in his musical adventure.

Being one of the first Kimozabes, I’ve been granted some nice opportunities since the very beginning. A first listen of his first single Undressed, which is now platinum in Norway, double in Denmark, triple in Sweden and number 5 in the Australian charts. His very first interview. And now his very first album, that I’m really glad, proud and honoured to be able to present you as a Belgian exclusive, one week before its release at the end of the week, on June 20.

Titled Undressed just like his first single, this LP contains Brains Out and I Love This Life, but also ten other tracks that I’ll be discovering right now, just like you, my favorite (Belgian!) readers. ‘Cause like I always say it, good music is meant to be shared, and so are the good vibes.

Please note that you’ll need to login to Spotify to listen to the album!