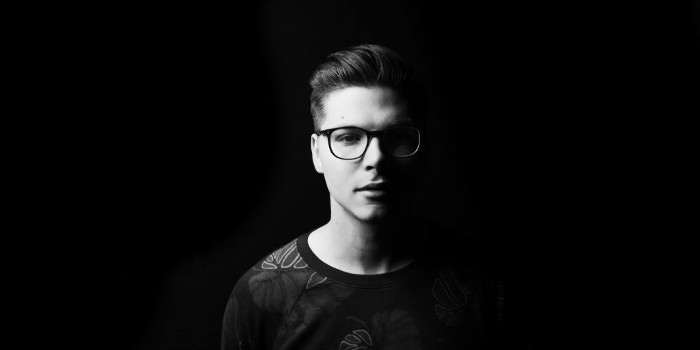 A few weeks ago, I took a Reload Sessions‘ recommendation which actually came right away from Jeremy Passion. That’s how I ended up listening to Kevin Garrett‘s Mellow Drama EP, 7 months after its release. It’s not such a big deal though, as I like to think that I’m still one of the early-birds because strangely, the 24-year-old singer/songwriter’s Facebook page only counts 6250 likes at the time of writing. Even though Katy Perry tweeted a link to his Soundcloud profile earlier this year and Sam Smith told him how emotional his music was on the same social network. But believe me: this number is about to go through the roof in 2016.

Originally from Pittsburgh, Kevin Garrett added the violin as the first string to his bow when he was only 4. He grew up with parents who both played instruments, listening to classical music and classic rock music. Later on, he taught himself how to play the guitar. “Then eventually when I was old enough to buy my own CD, a.k.a. I was old enough to mow the law so I could get 10 bucks to go and buy a record, he remembered for Slant. I started looking into a lot of soul music. The first CD I ever bought was a Best of Ray Charles because when you think of that vibe, maybe because of the Jamie Foxx movie, he’s like the first one. And then I went with Stevie. And then I found Sam Cooke, who changed my life.”

At 14 years old, he started writing his own songs and violin eventually got him into New York University to study Music Technology in 2009. This new environment instilled in him an urge to take songwriting more seriously, while the Big Apple luxuriant music scene encouraged him to perform a lot. Along with a few friends he met at school, he created the band Noble Hunter and released in 2012 a project which debuted as the #1 folk record on Bandcamp. They began to drift apart at the end of university… even though Kevin Garrett revealed to AXS back in February that “there’s another Noble Hunter record in the works”.

However, during his band experience, the music lover – who cites James Blake, Frank Ocean and Childish Gambino as some of his favorite artists – had already started to take up his pen for himself, in a totally different genre. “I think I was just listening to different music and writing much more personal stuff, and I’ve played in Noble Hunter long enough to know when a song is meant for the band or something else, he explained to AXS. With my solo music I’m only trying to break your heart. Or break mine all over again who knows.” His demos surely spoke to the hearts of people in high places at Roc Nation, seeing as the label offered him a publishing deal in May 2014. A few months later, in November, his first single Coloring was brought into the world.

This got quickly followed by Control, a song he wrote when he was about 17. Then a full EP came out in April 2015, the aptly named Mellow Drama: mellow like his voice, beautifully dramatic like his lyrics. He toured with various singers from James Vincent McMorrow to Emily King as well as X Ambassadors and, more recently, Alessia Cara.

As for me, it’s with his sumptuous ballad called Refuse and produced by Jeremy McDonald that I finally got a taste of Kevin Garrett’s magic for the very first time. This young man certainly knows how to move you, but also how to surprise with his signature unexpected progressions. “Refuse was kind of inspired by moments like that, having people trying to define me before I was even ready to define me. The song is about being yourself and not worrying about anybody’s opinion, staying unique”, he described on the Examiner website. What’s next? A debut album of course, which, from what Kevin Garrett told Teen Vogue, is already “pretty much written, but I just need some time to reflect on everything and just evaluate. It’ll just be a matter of me kind of locking myself in my room to work on it and really get it all down”.