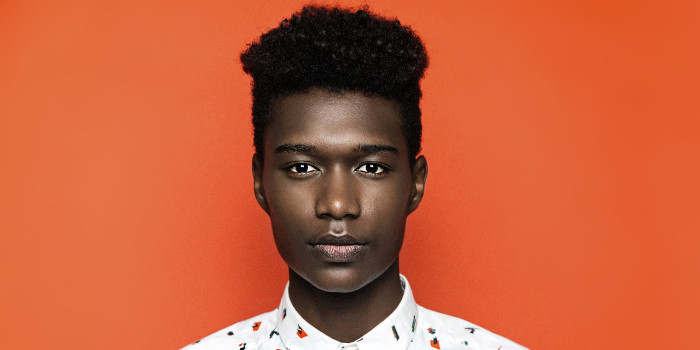 You may (or may not) have noticed that I’ve been struggling a bit to update the blog lately… and it’s mostly because I’ve started a new job back in March, working as a music publicist for a Belgian record label called W!G Music (if you’re curious and want to follow my adventures, feel free to like the Facebook page). This came with an urge to find a new balance in my life but also exciting encounters, like AMERY!

AMERY is our latest artist (the first one being the beautiful and talented Ivy Mode). Born in Rwanda but living in Denderleeuw, the 20-year-old unveiled his debut single So Good at the end of March. It’s a catchy pop gem infused with some rnb flavours which should bring the biggest smile on your face – if it doesn’t, you have a heart of stone, my friend! He sings his heart out about the tingly feeling that comes with infatuation, his love bursting into a radiant falsetto shining over the chorus. “I want people to get back to that feeling they experienced when they met their first crush or love of their life. I want to bring them back to where it all started”, he confides about the feel-good track co-composed with James Lowland and co-written with the producer and Amra Dorjbayar.

Having to write his biography, I spent quite some time talking with AMERY. Well… he did all the talking because, even if he looks shy at first sight, once you get him started, he just won’t stop and will keep on showering you with tons of details for every story! This should be enough already to convince you about how passionate he is about his art. His decision to pursue his music dream full-time never surprised his mom who supports him 200% and witnessed the magic happening more than once during his childhood. ‘Cause AMERY is a natural: Michael Jackson lit the spark with his music video for Billie Jean and his grandmother then ignited the fire when she gave him his first instrument – an African drum. The piano? He plays it by ear. The voice? A gift that never mingled with music theory or singing lessons. He writes, he dances, he beatboxes… He’s the whole package. What? What are you saying? I’m biased? I sold out? Man, I was sold before signing my contract. The singer is currently working on his debut album and, trust me, it only gets better and this is not the music publicist talking – this is the fan. But that’s enough rambling for now: please meet AMERY through all his favourite songs and influences in our little interview filmed at the Woodpecker Studios! And as usual, you can find the playlist on Urban Soul‘s Spotify.