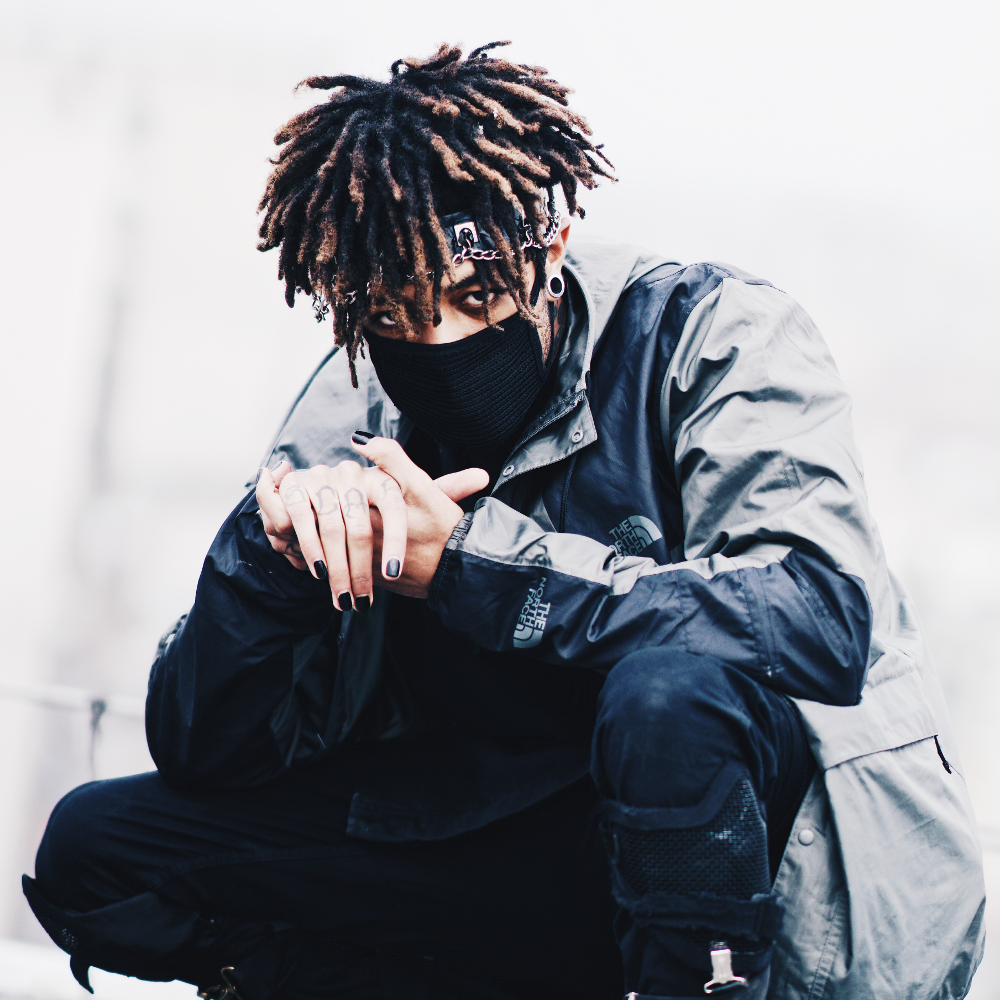 Recently, there’s one thing that I like to try to figure out whenever I spot new, emerging acts: looking for their breakthrough point. I’m always curious to see which move or release will be the one that will take them to the next level or how they managed to make a name for themselves independently. If he’s now being signed to Universal Music UK, Scarlxrd was riding “solo” the past two years and yet, before that deal even existed, he was already counting hundreds of thousands of fans on Instagram, Facebook and YouTube. On the video platform, each of his visuals has reached, at least, 1 million views (even 29M for one of them) and, wait for it: they all seem pretty legit. On Spotify, 700 000 people are listening to his music monthly and his most popular track gathered 10 millions streams. Again, ORGANICALLY. Yes, you read it right. How does he do it?

I won’t lie: the first time I heard one of his songs, I felt attacked, stressed. Scarlxrd’s sound is quite… intense, to say the least. But as soon as I started digging in his past, I got intrigued. The next day, I was sold. Here’s why: born Marius Listhrop in Wolverhampton, the 23-year-old British artist built his entire empire himself, from scratch. With the help of YouTube. On the other side of the Channel, many youngsters might actually discovered him back in 2012 under the name of Mazzi Maz aka The Guy with the White Chin, a happy YouTuber who enjoyed dancing and pranking. Back then, he already managed to create an impressive fanbase and used to collaborate with other popular British vloggers.

In 2014, he put together the nu metal band Myth City, mixing rap and rock, and they toured the UK twice. In the meantime, he totally shut down his YouTube channel and reappeared in 2016 under the name Scarlxrd (to be pronounced Scarlord because his “exes are hoes”? Or am I reading too much into this? haha). His first effort, GIRLFRIEND, marked the first shift in his music, switching to a hip hop sound.

Slowly but surely, Scarlxrd went into trap and eventually started to show more of a dark side in early 2017 with Imnxtamess. This is the first release to have been accompanied by his brand new look, wearing a black chirurgical mask which would undoubtedly remind anime fans of Tokyo Ghoul. By the time his 4th album Cabin Fever came out in 2017, Scarlxrd introduced more screaming into his songs which later on turned into trap metal tracks with his follow-up project Lxrdszn, spicing it up from time to time with some Japanese influences (through his logo, clothing or samples).

Through it all, Marius Listhrop seems to have kept all his followers, with a fanbase that keeps on growing in spite of his changes of images, careers, music genres and looks, the most drastic transformation being the destruction of his joyful character replaced by a confusing dark, moody persona which I find absolutely fascinating. And after seeing footage from his live shows, I even ended up understanding his fans and going crazy over we waste time FADED, included in his brand new album DXXM, his first release through Universal/Island Records out since May 4. Let me go one step further and encourage you to experience his mysterious aura live this summer at Dour Festival on July 13 or Tomorrowland on July 20!

Trust me: the guy is a genius. I might be wrong, but I’m personally convinced that Scarlxrd is the product of a carefully thought-out strategy, considering that Marius said early in his career that music played an important part in his life, while one of his friends revealed that he already got bars 8 years ago. As a matter of fact, the Scarlxrd YouTube channel has been created back in 2013! What an evil plan to conquer the planet… It surely gets people talking and debating but who cares if it’s all an act: the guy got the brains and the vision and I’m willing to bet that his name will be on everybody’s lips next year (if not earlier).