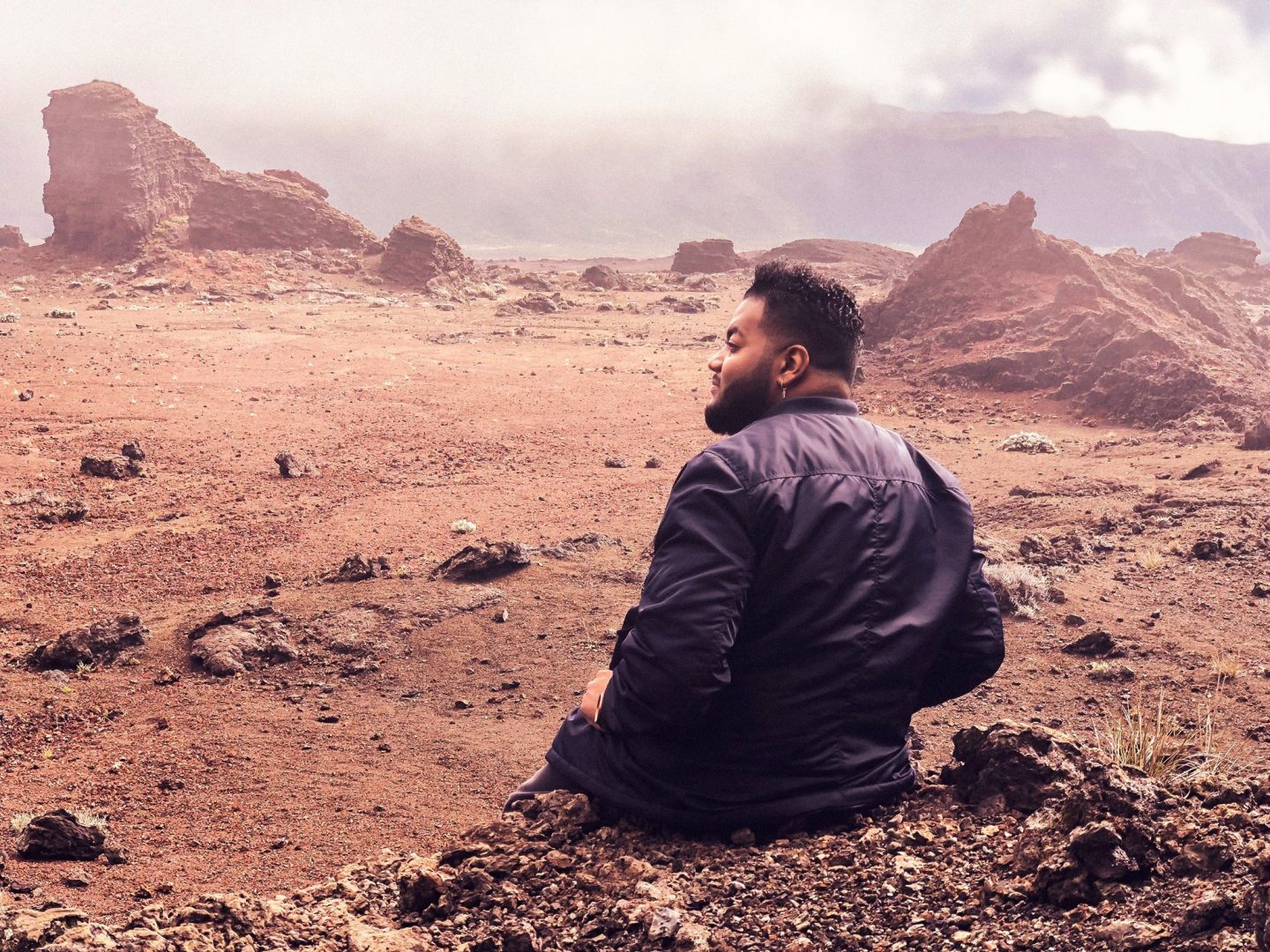 I started drafting this post last month, then life happened and usually, I wouldn’t share something that has been released over a month ago but if something deserves to be the exception to the rule, it truly has to be this song. I have been madly and deeply in love with You Know Me since I first heard it as part of Sskyron‘s latest EP Pink Moon, available since December 2020. It’s been living rent free in my head ever since and when the music video was revealed earlier this summer, the obsession was still very strong, so much so that I need to let it explode and pour all over my blog.

Sskyron is a singer, songwriter and producer from Reunion Island (the sweet motherland that I miss more than ever). He initially started recording music with one of these webcam headsets I used myself to make (very cringy) covers with back in the days, except he definitely had more talent than me. His equipment collection grew alongside his audience: like any French-speaking teenager from the ’00s, he had a blog on Skyrock where the songs he uploaded would regularly reach 30 000 plays without much effort (aside from the hard work he put into his music of course). His signature sound, mixing both traditional and international influences, is now chased by many other Reunionese artists who asked him to produce for them. Well-known on the island yet very grounded, Sskyron charmingly explains that he “loves to be under the moonlight” rather than the spotlight, which perfectly sums up this duality. The moon allegory goes further than this as it is in fact the inspiration behind all his latest projects since 2019 with the Blue Moon, Red Moon and Purple Moon EPs, a series recently completed with Pink Moon.

The defining characteristic of this 5-track EP is that it is exclusively featuring female collaborations from Maya Kamaty, Bioz, Ariane B, Tissya and last but not least, Maheva Ony. Full of warmth and gentleness, the songstress’ honeyed vocals are undeniably one of the highlights of You Know Me, a ballad which sees Maheva and Sskyron reflecting on the fear of laying yourself bare, embracing your true self to give yourself and daring to say yes to love (whether it be loving yourself or someone else). This fan favourite now has its own music video, directed by long-term collaborator Denis Ramjane (who was also behind Sskyron’s first visuals in 2013) and Sabrina Hoarau. The video beautifully plays around the ‘reflection’ theme with mirrors while the song allows Sskyron to create, once again, a bridge between Reunion Island and the rest of world, both through the English chorus and the dreamy instrumental which concludes into a maloya outro, a local music genre characterized by a ternary rhythm.

If there’s one artist from Reunion Island you need to add to your playlists, Sskyron is definitely the one! But don’t be stingy with your love and do keep a close eye on Maheva Ony as well: whatever she posts on Instagram is being listened to and watched on repeat!