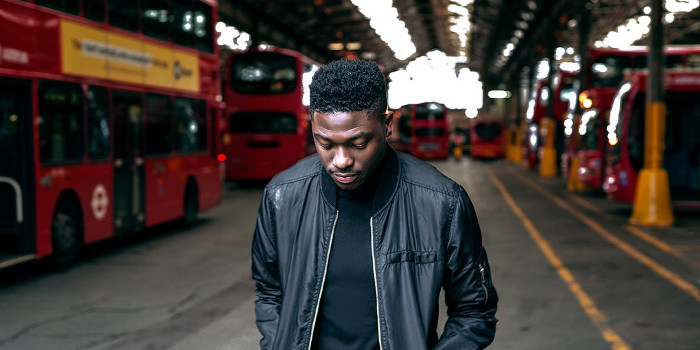 United Kingdom hides many treasures and I can always count on the Reload Sessions team to catch some exquisitely talented fish in the Thames and elsewhere in England. Thanks to their YouTube channel, I discovered this summer J.Appiah with a stripped down version of Holy Grail. Then I had the pleasure to see him in one of their Acoustic+ episodes where he sang his single I Ain’t Rich… Yet, the first song out of his debut EP Studiocoustic, which he released last year.

On January 27, Jesse introduced his sophomore EP Travelight, a beautiful 15-minute musical trip. If the title seems to suggest he doesn’t really fancy to carry some baggage, it doesn’t mean he’s not bringing along quality. Of course J.Appiah wouldn’t even think about leaving without his guitar, that you can hear from the beginning til the end, and without a little company. On the first track Moving In, he’s surrounding himself with the rapper Mic Righteous. “Watch how fast I learn”, Jesse sings while telling us how he wants to go forward before flying away, reaching for some high notes and a sustained rhythm that keeps on growing richer on the road.

Then comes the walk of Rabbit Hole, the first song of the EP he chose to defend visually with the help of the music video director Jay Bandlish who filmed him in one take running in the deserted streets of the British capital, which inevitably reminds me of Stromae‘s Je cours. Graced with a powerful chorus, this record definitely deserves to be listened to AND watched at the same time.

Along the way, the incredible ShezAr (aka Labrinth‘s sister) jumps on his train and starts conversing with him in harmonies during the ballad Waiting In Vain which allows him once again to show the extent of his vocal range.

J.Appiah leaves the carriage on a hopeful note with The Changes. I feel like he could have taken it even further if he had invited even more singing travellers aboard, creating strong and impressive background vocals for a memorable arrival. And while I ignore what our British gentleman sees on the horizon, I do predict a lovely lady called Success will wait for him on the platform of his final destination…

J.Appiah Travelight (EP)
Free download here or for 3,96€ on iTunes