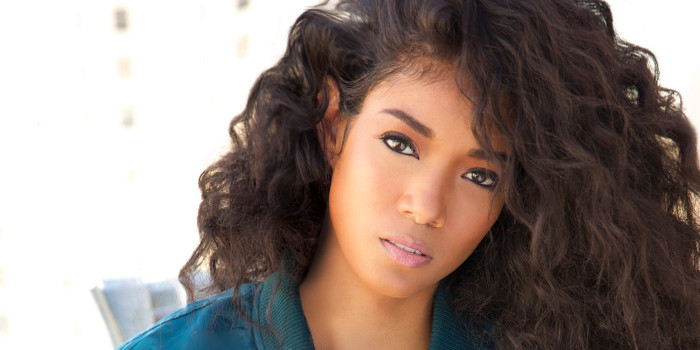 Last month, as I was wandering online, I found out Jhené Aiko has a sister also working in the music industry and, as usual, I didn’t lost any second to research everything she might have done before. Mila J released her brand new music video this week, so I thought the timing was perfect for a little introduction…

Known as Mila J, Jamila Akiko Chilombo is Jhené’s big sister and therefore also inherited from their musician dad’s passion. Both had fun in their little studio set up in their garage, in LA. Jamila develops early on another talent for dancing. That gift allows her later on to appear, along with her sister Miyoko, in Prince‘s Diamonds and Pearls music video in 1991. (Keep your eyes wide open: she’s one of the little girls towards the end.)

Later on, Jamila and Miyoko got booked as background dancers for Immature, Marques Houston‘s former group, and then catch the eye of the manager Chris Stokes who recruits them to joing the R&B girl band Gyrl in 1995. They release two singles, Play Another Slow Jam and Get Your Groove On, before the dissolution of the group after two years.

Years later, Jamila forms a new girl band with three other girls: Dame Four. But not so long after the release of their single How We Roll in 2005, they split up.

Back then, she’s still signed to T.U.G.,Chris Stokes’ label, just like her baby sister Jhené Aiko, B2K, NLT, O’Ryan and Mrques Houston. Changing her name to Mila J, she records a first solo album in 2006, Split Personality, but this one will never come out, aside from two singles: Good Lookin Out and Complete.

In 2012, she drops Battlefield America Soundtrack Mixtape Vol. 1 on DatPiff as a free download going under the name of Japollonia, which she describes as her alter ego. The project appeals to more than 700 000 users and this will lead, the following year, to the release of the viral video Movin On on her own VEVO channel.

Now signed to Universal Motown, Mila J is working on a brand new album entitled M.I.L.A. (Made in Los Angeles). Smoke, Drink, Break-Up is her first single and give a little taste of her full-length record which will consist in many mid-tempos. Although she’s also a gifted rapper, the 30-year-old artist has decided to focus strictly on the singing for this project but might spill some verses on upcoming remixes. As for the Smoke, Drink, Break-Up remix, it will feature Ty Dolla $ign, who’s playing her boyfriend in the music video. “I just felt like now, I’m just excited because this upcoming album is actually me. It’s not left-over songs, it’s more my voice”, she explained on the YouKnowIGotSoul website. And if Mila J is not a diva in any way, you can’t deny her incredible progress on this track produced by Eric ‘Cire’ Crawford.

The producer, who previously worked on Mariah Carey‘s The Emancipation of Mimi, came up with a couple of other songs for Mila J, when K.E. (Nicki Minaj, Future, Tamar Braxton) did her next single Pain In My Heart, which features Problem.