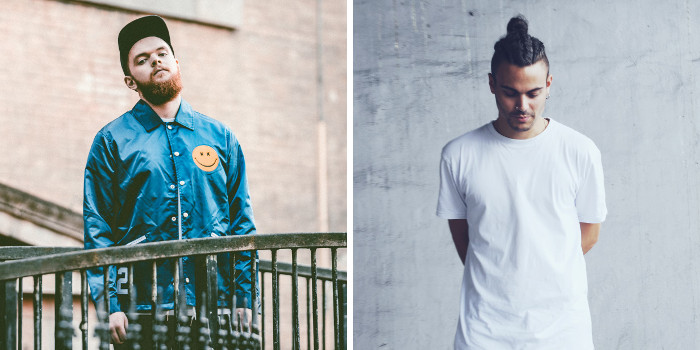 This is not your usual review. And as I’m typing these words, I don’t really know where I’m going with this but I guess you should be used to my random wanders in the middle of my writings by now.

I’ve uploaded my latest article on Friday instead of Thursday because I was being lazy. But I didn’t post on Saturday, Sunday, nor on Monday because I wanted and needed to FEEL. Like many of you, I’ve been overwhelmed by the tragic events recently reported in the news. The media has its own selection criteria which sometimes — and rightfully — seem questionable but I don’t want to get into that debate, as much as I’m going to ignore the ridiculous amount of times I’ve seen non-religious/spiritual people ironically commenting “#prayforparis” in my timeline. But if I’m being honest with you, yes, the Paris attacks were the final straw to all the other fucked up things going on in the world at the moment, because it hit home. Because I have the dual citizenship. Because I have family and friends living in the City of Lights which is currently trying its best to keep on shining through these dark times, like too many people on other sides of the planet at the moment.

Like I said on Facebook this weekend: everyone copes differently. I’m the type who pathetically chose one evening to stay at my flat miles away from home in a foreign country, doing the dishes crying and listening to Damien Rice, just to perpetuate my paradoxical feeling of loneliness while some new friends were texting me to go out to clear my mind. I’m the type who would rather mourn the death of a childhood friend getting drown in my tears for a week and telling no one about it while my Godson and his brother are desperately covering me with hugs hoping to make me smile again. I’m the type who needs to acknowledge the pain and I think it’s totally ok not to be ok, as long as you’re quick to acknowledge the life waiting ahead of you as well.

So basically, yeah, I did experiment moments during these past few days where I pondered on various contradictory ideas, such as ignoring one minute any frivolous message my friends would send me; then the next, thinking about the people I should show more love and gratitude to. Or refusing to write, sing or listen to music while knowing it would get me out of my weird mood, as well as contemplating the possibility of not attending the gigs I had on my schedule out of fear for my safety and that I would not fully enjoy them. But then I remembered my “Good vibes only” policy. I’ve been wanting to make a living from writing for years but only for the sake of entertainment. I have nothing but respect for those journalists seriously, accurately and meticulously informing us about the world in all its glory and problems but I’ve always aimed for these lighthearted articles which are much needed when your beautiful face is in lack of a smile. Just like some of my favorite series, movies, books and singers would do.

And that’s how I finally decided to put a smile on my own face on Saturday (November 14) evening, thinking I would try to share it with as many people as possible and let music soothes my soul with some Jack Garratt. When I arrived at the Botanique, I did feel a different kind of energy in the air but the electricity quickly ran back to the crowd as soon as the British artist appeared on stage. Jack came alone with his guitar, keyboard and drum pad, along with a feverish excitement and that mad but exquisite and contagious laughter. While I discovered him about one year ago with the haunting The Love You’re Given, I was rather hesitant about attending his very first gig back in April. I really started regretting it this summer when he released that masterpiece called Weathered and then kicked myself when I watched one of his live performances. As you can tell, my karma didn’t hold it against me and I’m so happy I got to witness this bundle of joy and his explosive sounds from his EPs and upcoming album Phase (out on February 19 but already available to pre-order), including a cover of Latch by Disclosure and Sam Smith and his latest single Breathe Life. The multi-instrumentalist definitely knows how to let loose, sometimes to the detriment of his falsetto but in favor of fun, blunt and spontaneous interactions with his audience. Both my friend (who had only listened to one song before agreeing to join me) and I gladly got bewitched by his magical show and left the venue convinced that he had way more tricks hidden somewhere in his red majestic beard.

Thus Jack Garratt had beautifully paved the way for his friend Alex Vargas, whom I saw live for the second time two days later, at the Botanique too. If you’ve read my interview with him, you probably already know how much I’m in awe of his insane vocal skills. When I met him, he was in some kind of transitional period, working on a new EP — which will finally come out in January! — and already thinking about his debut album. He was performing a 30-minute set as a support act for Bear’s Den which left me super duper frustrated (quantitatively, not qualitatively!), introducing the newly electronically arranged version of his song Solid Ground while keeping it simple and acoustic for a Beyoncé cover or his original Shackled Up, which I discovered live and could only listen to on repeat via a video filmed during a show and found on YouTube afterwards. And I got to rediscover it this Monday (November 16) in a brand new outfit, in the same vein as Solid Ground. Which I hated. For the first few seconds. Cause then I realized that Alex had not only found his own sound but that this whole new vibe didn’t prevent you at all to pay attention to the lyrics and to FEEL. It somehow even helps you to process everything better, giving the tracks that bittersweet taste. That new balance between acoustic and a “fuller” production, also to be observed in the stunning Wear Your Demons Out (which I relate to so much that I actually wish I had written it myself), lead to a shift in the way Alex Vargas moves and acts behind his mic, increasing even more his stage presence in my opinion, as well as encouraging the mind to float away for an hour.

That’s exactly what happened during Jack Garratt and Alex Vargas gigs: I forgot it all. As efficient as a band-aid and a kiss after an injury, they helped me to get going. Obviously, when you eventually rip it off, the wound is still there but the pain is gone, at least on the surface. Jack, Alex: I hope you both know what incredible healers you are!