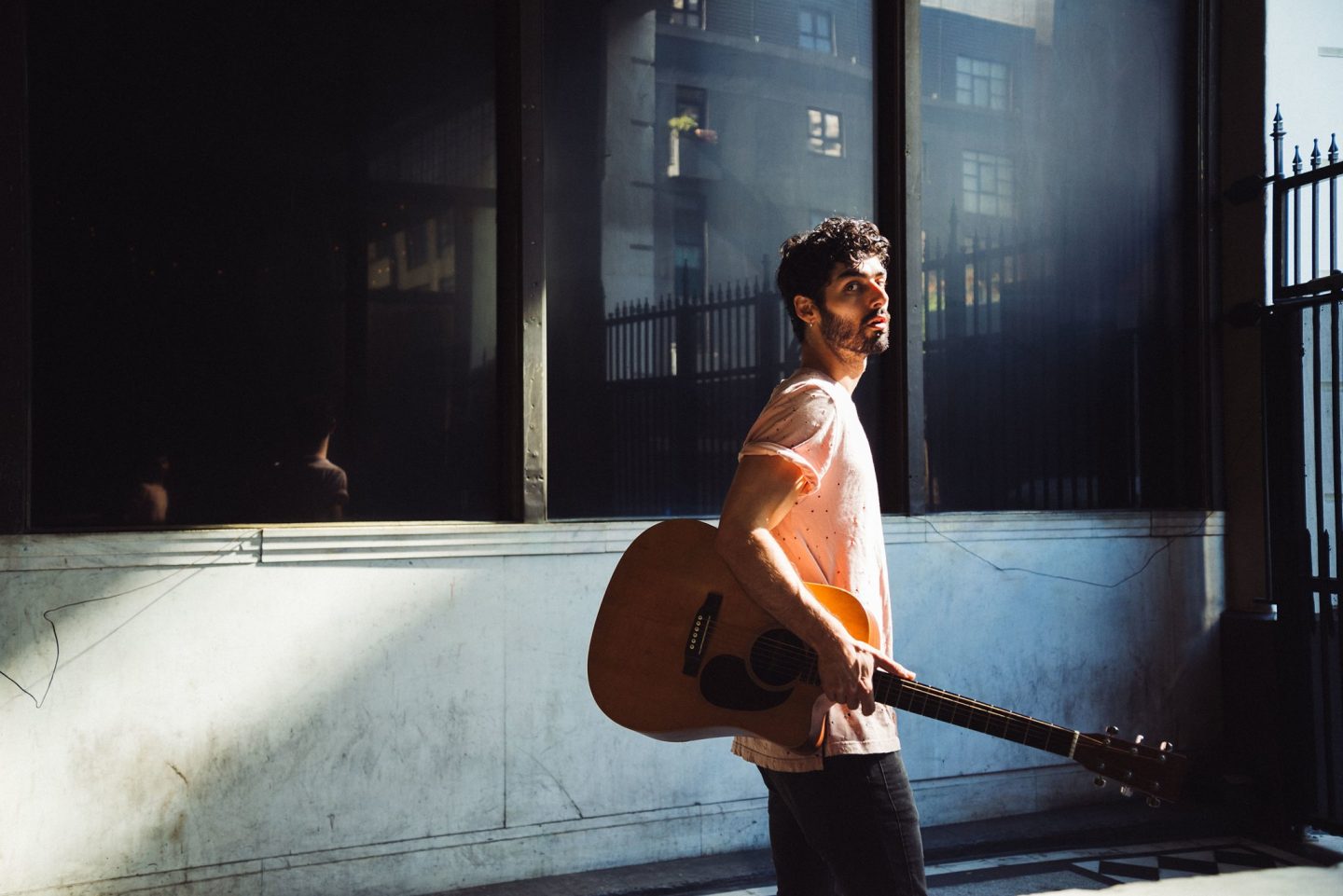 Stephen James and I, we go way back. Well, not as much as my most precious friendships but it feels like this article has been in gestation forever. May 2016: as you would recall, I was still working as a freelance digital music publicist, and this is the reason why I emailed him to collaborate with him. He left a comment on the IG post of an artist I follow and because I can be quite a stalker sometimes, I ended up scrolling on his own profile which led me to a few snippets on a Soundcloud page. We eventually arranged a Skype call and clicked right away. After this first virtual meeting, I remember him telling me that stuck with me: ‘Great minds think alike, great vibes FEEL alike!’. And then shit happened and broke my heart: his EP was constantly being postponed. But in the meantime, we got the time to bond over music and I got the beautiful privilege to listen to his song Runaway before the rest of the world. Very late at night, tucked into bed, I cried. I listened to it three times in a row and got teary-eyed every. single. time. Based on the snippet I previously heard, the full track was exactly how I pictured it and more. ‘I feel like I know the greatest secret in the universe’, I told Stephen.

One year and a half later, although I’m now a full-time music publicist for the Belgian record label W!G, I’ve been blessed with the opportunity to help him spread the word about his genuine talent. And it’s filled with joy that I can finally share with you this top gem he created with the producer Imua Garza while in Hawaii. ‘Runaway kind of happened by accident actually. My friend introduced me and we were planning on doing a couple hours just tracking acoustic demos, but then it turned into this 10 hour burst of inspiration which became Runaway’, he explained over email.

I would describe this introspective ballad as a ‘ritournelle’, a French word which could be translated as a ‘refrain’. Press play, close your eyes (not the other around, it might be challenging), and feel the emotions swirling like the leaves in the wind. I love how every part of the song comes and goes like a wave with all these assonances in the lyrics and sometimes, it’s crashing down intensively, like at 2:08. And by 2:27, you think it’s over. But then it takes you by surprise and it starts all over again, so softly. The structure of the song is brilliant. So simple yet powerful at the same time. ‘Runaway is a song about following your heart.  The outside world is often viewed as a violent, lost, and misunderstood place, and while that may be true to some extent it stems from the roots of the individual, internal conflicts that we all face every single day of our lives, Stephen James continued. From the moment we wake up ’til we rest our heads on our pillows at night there is a constant war occurring inside of us.  The epic battle between the heart and the brain.  The brain wants to protect us and be safe, the heart wants us to just trust the unknown and take that leap of faith.  Hence the name Runaway.  Our hearts are always two steps ahead of us just waiting for us to catch up.  Somehow the heart always knows the way, but the question is — how far will you go to find your way?’

Although being born hearing-impaired (who would have thought, right?), this never stopped Stephen James from noticing the sweet melodies his heart whispers. And he has many more in store: his concept EP is set to be released in spring 2018.