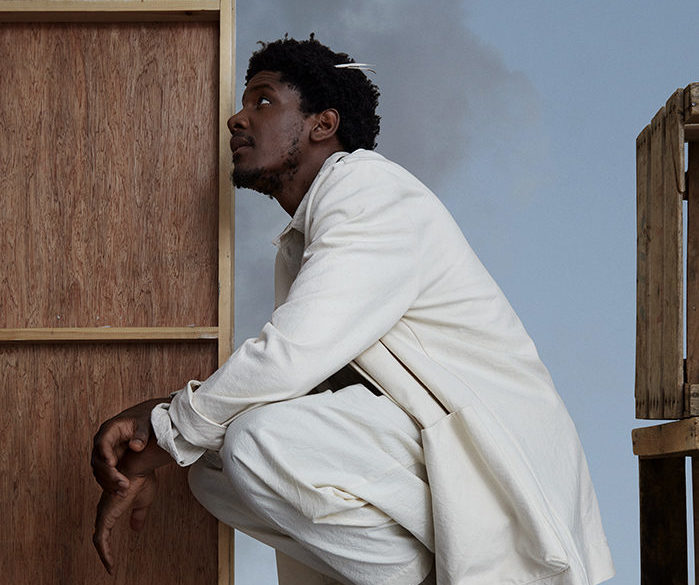 In 2012, I was meeting Labrinth in the backstage of Drake‘s first concert in Belgium (funny to think that back then, no one gave a shit about Drizzy around me). It was my first interview with an artist signed to a major label for the blog (thank you Sony for the trust!) and, to this day, the British genius remains THE talent that I really wish I could interview once again. It’s worth noting that, prior to that email, I knew NOTHING about him and his music so it’s safe to say both made a lasting impression on me!

Throughout the years, I’ve been following closely every releases since his platinum-selling debut album Electronic Earth, desperately hoping I could see him live again, performing his new material. While he moved discreetly, let’s not forget that Labrinth has never stopped creating, offering us a few personal gems (Let It Be & Jealous in 2014, Misbehaving in 2017), some features & songwriting/production credits (Rihanna, The Weeknd, Tinie Tempah, Ed Sheeran, Nicki Minaj & Eminem, Kygo, Noah Cyrus), as well as an exclusive track for MINI Cooper, a duet with Steff London and a full album with Sia & Diplo, aka LSD, unveiled last month. Not to mention the constant flow of new music in progress he’s sharing on his Instagram stories and lives, which also led him to generously make two of these demos available on the streaming platforms recently: SIN and Never Ending Fairytales.

A new chapter is now beginning with the release of Miracle. The new single is marketed as Labrinth’s first solo project since Electronic Earth which is frankly quite strange considering all the songs mentioned hereabove but oh well, maybe this just means that this time, a sophomore album is coming for real. ‘Cause no, I haven’t forgotten that an LP was announced for early 2015 back then – but I know that the creative process AND the label discussions can easily weigh you down sometimes so I made my peace with it. “I could be putting this up to hide the fact that I’ve got nothing to show for all this time, but it’s actually that I have too much to show, Timothy McKenzie insists. Before I do that, I wanted to pay homage to where I’ve been so I don’t forget the time, the effort, the work, the false starts, the 10 steps forward, the 100 steps back it’s taken me to get here.”

Miracle is a powerful step forward for sure: it’s everything I’m expecting from Labrinth and more. Great vocals, vivid lyrics and a production that is outside of the box. As I was professing earlier earlier this week on social media: my love for him is as infinite as his creativity. Labrinth builds his greatness from a pure, loving place and you can tell just by looking at his video snippets in the studio.

Even more glorious than the song Miracle is its music video, directed by Sacha Barbin. Full of poetry and metaphors, the visuals are meant to be a call to all people that wish to be their true selves by realising their truth and their dream, while also hinting at the obstacles and consequences you can face on the way such as people-pleasing and losing your soul. “I was working in LA for a while… Out there I spoke to artists and digested their experiences, Labrinth explains. It inspired me to create this story where a young kid sells his imagination to a businessman for success. It was based on the idea that a lot of artists, or anyone that has an imagination, come from a place of total innocence. Every idea you are creating is not about stats, not about money, not about vanity, it’s about realizing or fulfilling this idea. It’s not like saying being successful is bad, it’s saying what success do you want for yourself instead of the one version of success that we’re all pressured into wanting.”

So while I’ll wait for the album, you’ll find me pressing on replay and also probably checking out HBO’s new series Euphoria starting on June 16 (and co-produced by… Drake – looks like we’re coming full circle here), for which Labrinth oversaw the original score.