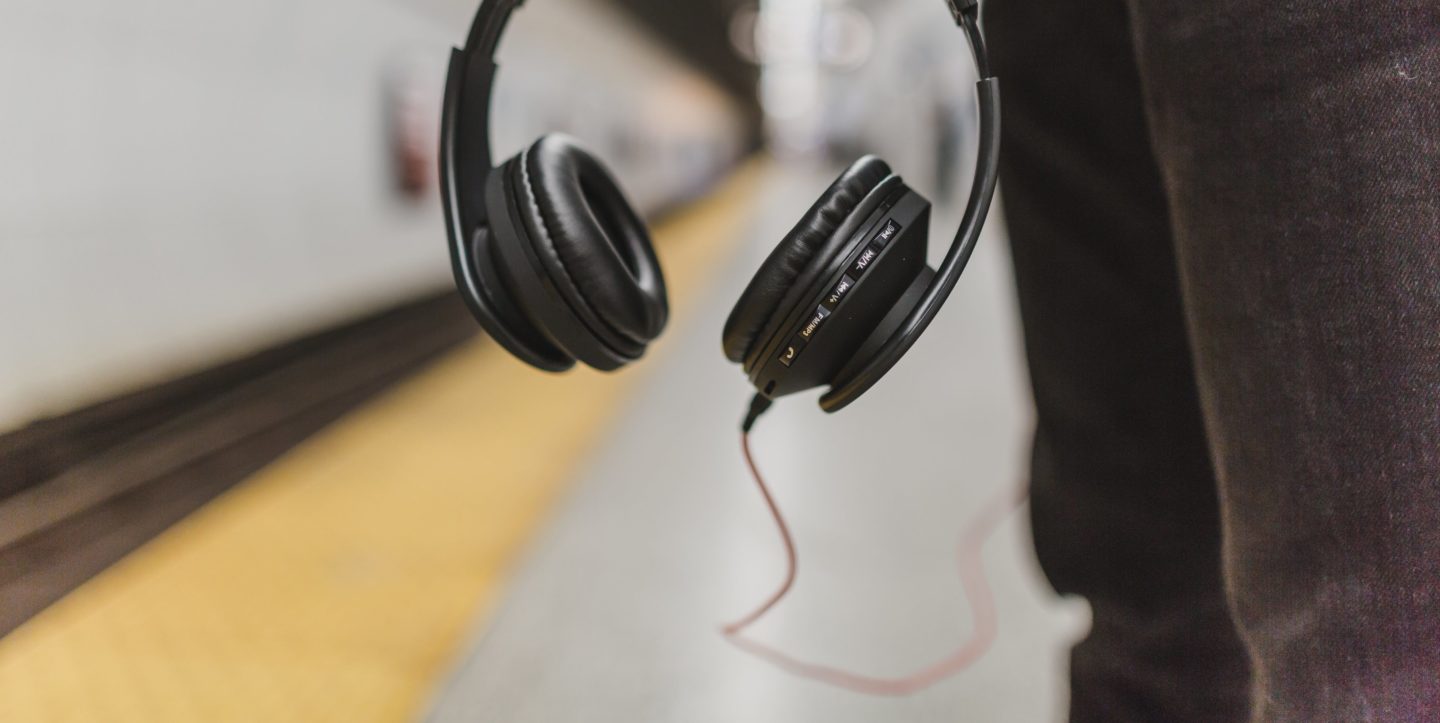 From Monday to Thursday (you gotta love Fridays working from home <3), I spend 2 hours per day commuting. Of course, I’d love to have my office a 20-min bus ride away but you can’t have it all. I must admit that I’ve grown quite fond of this daily time all to myself, beside those days where public transport is whimsical.

For a while, I tried to prepare posts for the blog but I was – and still am – too self-conscious about the possibility that the person sitting behind me might be spying on my words, which is the number one reason of my writer’s block even at work. When I manage to disregard the surrounding noise, you’ll find me reading a book (I’m currently into Murakami) but more often than not, my focus comes and goes as quickly as the misty landscapes through the window. Because browsing Instagram endlessly gets boring, I found myself a new hobby: podcasts (nope, I haven’t forgotten about music but I’m literally listening to it all day at my desk). Slowly but surely, they became my sweet escape from social media notifications even though, up til this day, I still think ads can’t get any weirder than recited in a podcast. So if you have yet to take the plunge, or if you’re simply looking for your next listen, here are my five favorite ones.

I’m baffled on the regular by the amount of people who blast their playlists and are unable to tell you who’s the artist currently on. While streaming make it easy to discover new acts, I feel like it also dispossess songs from their creators. People in their teens or early 20’s come to me to discuss albums that they “listened to” by saving to their playlists the tracks that they instantly loved and skipping the ones that weren’t strong enough to defeat their short attention span. Remember when newcomers would drop one single followed right away by their debut album (hello Britney & Christina)? That doesn’t happen anymore. But I still love full-length projects and continue to buy physical copies whenever someone releases a cohesive body of work that moves me to the core – and indeed, these are becoming very rare species. Frank Ocean is one of them and Dissect made me love him even more.

Created and hosted by Cole Cuchna, Dissect dives deep into legendary albums from the urban scene: season 1 was dedicated to Kendrick Lamar‘s discography, the second to Kanye West while the ongoing one is honoring Tyler, The Creator‘s work. Season 3 was all about Frank, with each episode exploring one, up to three important tracks, and oh man, I had never realized how many movie, series, book and historical references were hidden in his lyrics. As a sucker for great metaphors and cultural nods, I can only keep my mouth shut, press play again and applaud the genius. Let me just tell you that I felt like a lot of artists were very lazy songwriters after that.

My favorite episode? BONUS E1 about Swim Good off nostalgia, ULTRA. I found myself reflecting all over again on its meaning, making my own interpretation while listening to Cole dissecting the track (mine turned out to be the one he mentions at the end of the episode).

You may already know that watching lifestyle YouTubers is one of my guilty pleasures and Aileen Xu from Lavendaire is one of them. This content creator from LA has her own podcast called The Lavendaire Lifestyle and it’s the first one I’ve ever listened to. Centered around personal development, her episodes are often recorded with guests in the creative field but she also has a few done completely on her own. These are the ones that pushed me to come back for more: her voice is relaxing and composed, she’s spontaneous and not trying too hard. I truly admire her vulnerability and how open she is about her flaws and mistakes. It feels like talking to a friend and might give you that pep talk or inspiration you were waiting for.

My favorite episode? LL 048: How to stop being a people-pleaser with confidence coach Amy E. Smith. It came at a right time in my life and was a big catalyst in my quest for life balance. I highly recommend it if you’re scared to take a stand or struggle to say no, out of fear of how the person might react.

Unsubscribe is a podcast launched by Bumble, a British app where women take the lead and which can be used for dating, making new friends or networking (would love to try that mode so if anyone has some feedback, leave a comment below!). Hosted by Louise Troen (Bumble’s International VP of Marketing and Communications) and Jada Sezer (mental health/body positive activist and model), it proposes in-depth conversations with women about careers, feelings, relationships, childhood and values with the ultimate goal to empower people to unsubscribe from the negativity in their life. Those ladies are really scratching beneath the surface, with kindness, to identify negative influences and help us become the best version of ourselves. Not to mention it’s definitely refreshing to not hear women being asked about their diet or beauty regimen – there’s just so much more to life!

My favorite episode? I previously quoted the first episode with Vanessa Kingori, the publisher of the British Vogue, which is a must but I also enjoyed getting acquainted with the lovely, talented and strong-minded songstress Joy Crookes, whom I didn’t know much about. I always like that type of deep conversations with artists as I feel it brings a new dimension to the perception and reception of their art.

I discovered Cherie Hu last year through a tweet that went viral and for all the right reasons: “playlist placement isn’t artist development”. This deserves a complete post but for now, let’s focus on Cherie, the music-tech writer who landed on my radar by saying out loud something I had been thinking in silent for a while. I’ve been following her ever since and after every new article, I would dream of the possibility to listen to her own podcast. This could have been my reality a few months ago already but I only found out recently that she did have her podcast, named after two of the most beautiful and essential things in life: Water + Music, an extension of her newsletter which I should definitely subscribe to. Of course, she’s talking business, and it’s all ad-free so if you have a few coins left at the end of the month, don’t hesitate to donate them on her Patreon. If you’re interested in strategy and technology, whether you’re an artist or working in the industry, this should be on top of your list!

My favorite episode? Episode 3, featuring Mike Warner: Playlists are here to stay, but you shouldn’t pay to get on them. Partly referring to the tweet hereinabove, it clearly explains why streaming should be a part of your release strategy but not your entire strategy. Cause yes, you can have 100K monthly listeners and yet struggle to sell out a 200-capacity venue.

How to fail with Elizabeth Day

I honestly didn’t get a chance to fully dive into this one as I discovered it very recently following my dear friend Abena‘s recommendation but I immediately fell under the spell of the concept, backing up the fact that failure is not opposite to success: it’s a step towards it! We like to show and speak about our victories (especially on social media) but we often forget that the road to success is a long one, paved with the occasional obstacle. As they say, “you only fail when you stop trying” and this podcast is the perfect epitome of that. I believe everything happens for a reason and there’s always a lesson to be learned. In How To Fail, journalist and author Elizabeth Day celebrates all these little failures in order to help you succeed better and navigate your way through the challenges of life.

My favorite episode? The last of season 1 with Elizabeth Day herself as special guest. Because it’s only fair that she shares her stories too. Ironically, the prelude to this episode exceptionally hosted by one of her friends is listing all her milestones and accomplishments but it’s a great reminder that nothing comes easy or perfect!

BONUS: The Two Shot Podcast #062 with Jacob Anderson aka Raleigh Ritchie. Because I’m a bit obsessed with the guy and was even more convinced after this that we would make the greatest friends. But on a more serious note, this is the more profound interview I’ve ever “seen”. It gets very personal but it’s done with an incredible gentleness and respect. Craig Parkinson would make a nice therapist. I would tell him all of my secrets for sure.