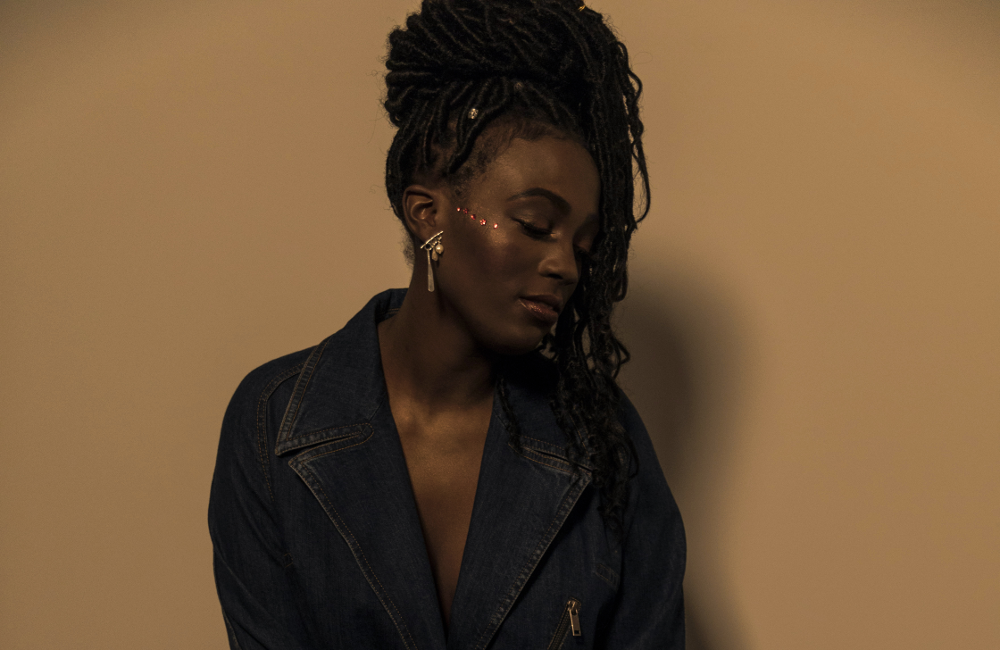 Disclaimer: I’m a serial stalker. But it’s not a secret and I’m not even ashamed of it. My family knows, my friends know (and gladly ask me to find their crush for them on social media), even the artists I interview quickly notice it. If we were chatting on a dating website, there would be a good chance that I’d already know everything about you before we met. Yes, I’m a stalker. Not in a creepy way (I swear!): most of the time, it’s just a case of knowing who I’m dealing with. So before I decided to even suggest to invite WAYI to our studio, I… did my research. I watched as many performances/covers as I could, I had a little conversation with Google, browse all of her social media. After all that, I came to the conclusion that I liked her. A LOT. There was a real gentleness emanating from her, and her various visuals were exuding femininity and effortless elegance. This picture-perfect portrait persisted after her polite text letting me know that she would be late because of traffic (manners matter!). It became clearer after talking to her… and when I finally got to hear her original music, my ears smiled and agreed with my first intuition: I was right. Everything was aligned, including our stars.

I was over the moon. For someone who’s gushing about Jorja Smith, Sinead Harnett, Snoh Aalegra, Sabrina Claudio and the like, stumbling upon such a treasure in my own country is a dream. Because this is the type of R&B missing in Belgium, the sweet music I crave for. And WAYI does it well. With a subtle delicateness and a refreshing honesty, she explores every petal and thorn of the universal theme that is Love, narrating her own experiences perfumed with movie scenes and situations encountered by friends and a family that she cherishes and carries with her each step of her artistic blossoming. Hence her choice of having a part of her last name as her pseudonym…

On February 20, she has started her first efflorescence, with her debut single The Way I Am. “I almost lost myself to a man who liked me but not enough to accept me with all my flaws. Unconsciously, I started changing just to please him, recalls the 24-year-old singer/songwriter. I used to often try to please a guy by becoming someone I thought he would want to see. Now that I’ve learned from it, I’s just say ‘fuck it’. You take the good and the bad or you leave it all! And actually, now that I’ve learned to get to know ME, they’re seeing ME, for the way I am.” Perfumed with Spanish guitars, the track produced by James Lowland oozes confidence, empowering other women to let their love blossom but not at the cost of their self-worth.

WAYI’s sensual voice has already enchanted the national radio MNM for which she performed several times and the Belgian rappers K1D and TheColorGrey, who respectively featured her on the tracks Delorean Dreams and Clear Blue Skies in 2017. These dreamy harmonies and strong sense of identity say it all: WAYI is a natural… — watch her bloom.